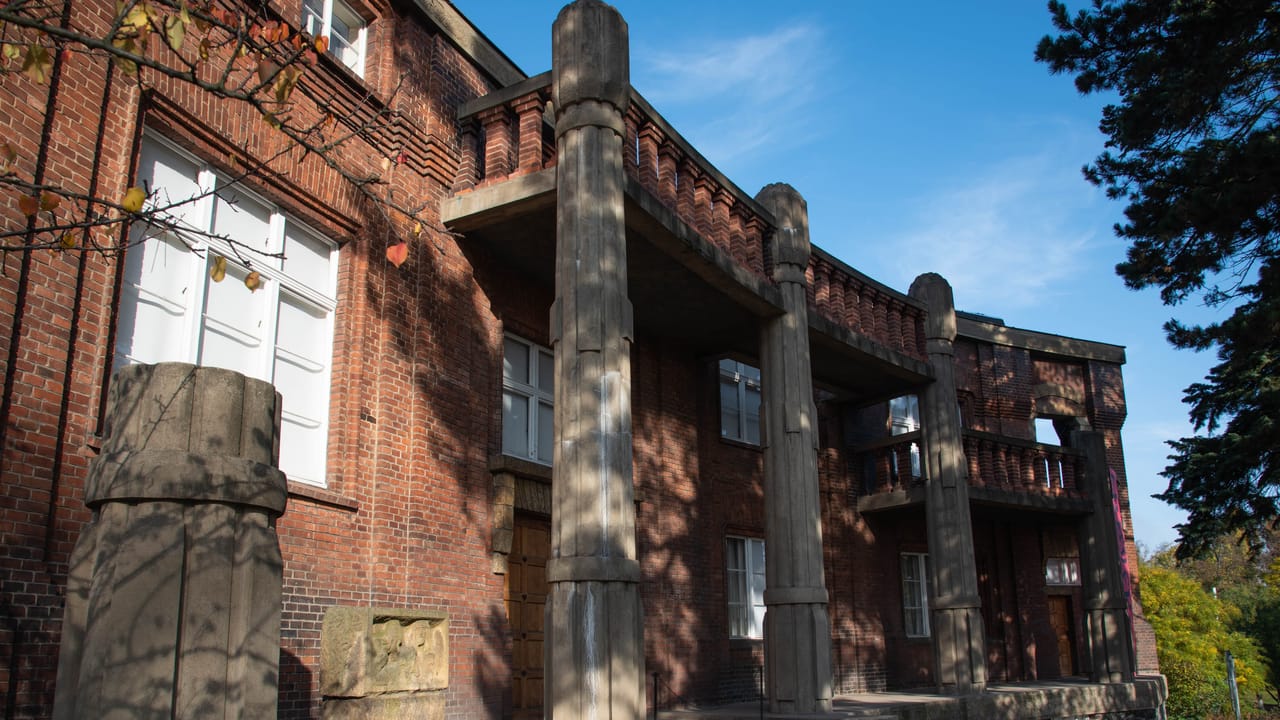 Frantisek Bílek’s villa in Hradčany is one of the most original houses in Prague. The villa has an unusual round floor plan, which is supposed to resemble the footprint of a scythe in a field of wheat. Wheat plants also served as inspiration for the villa’s exterior and interior decor. November 6, marks the 150th anniversary of the birth of the famous Czech Art Nouveau Symbolist sculptor František Bílek, who designed and built this villa for his family.

František Bílek wanted to be a painter, but because he was partially colour blind, his teachers at the academy advised him to take up sculpture instead. In the Czech environment, Bílek was exceptional for his deep spirituality. Most of his works depict religious motifs. Bílek’s crucifix is located in the north aisle of St. Vitus Cathedral at Prague Castle. However, the artist broke with the Catholic Church after sculpting his first small plaster sketch of Jan Hus in 1900. He was inspired by the legacy and motifs of the Czech Reformation. Later, he and his entire family converted to the Czechoslovak Hussite Church.