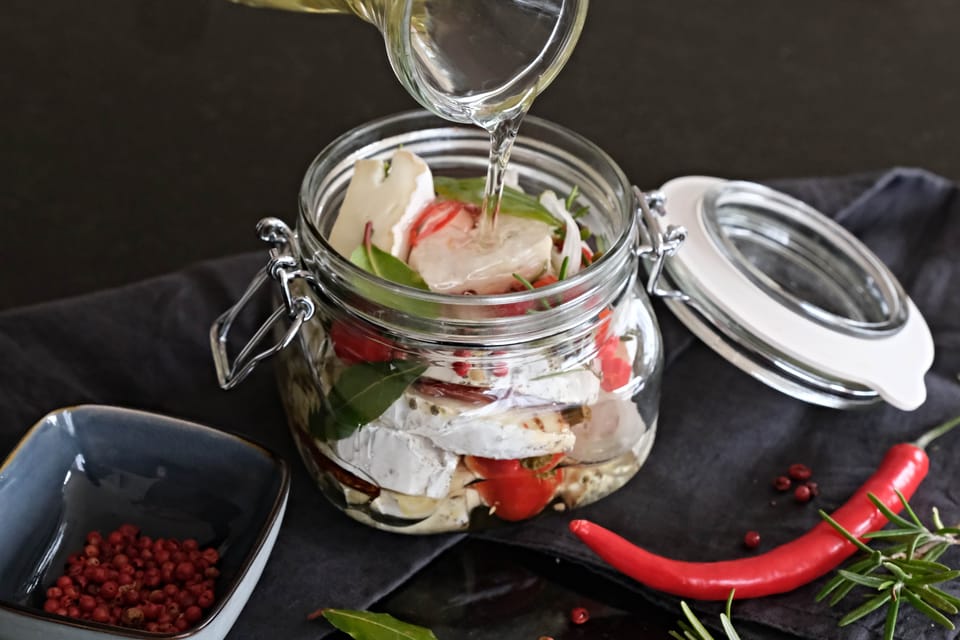 It is hard to dispute the fact that traditional Czech cuisine is very carnivorous. With the exception of desserts, most Czech food classics are meaty, filling dishes, such as vepřoknedlozelo (dumplings with sauerkraut and pork), svíčková (marinated sirloin), or španělské ptáčky (beef rolls). But there is one lighter, vegetarian dish that you are sure to find in nearly every Czech pub.

When looking to order a snack in a pub in Prague or any other Czech town, a good choice might be “nakládaný hermelín”, or pickled hermelín. Although it is served drenched in oil, this dish is lighter than most Czech foods. It is therefore ideal as quick refreshment for an active day of sightseeing or as a tasty bite to go with your Pilsner. It is also often one of the only meatless options on the menu in traditional Czech bars.

The eponymous hermelín is a Czech cheese that originated in the 1920s as a Bohemian imitation of the French camembert. In the years since, it has become a staple of Czech cuisine that can be grilled, fried or filled with vegetables. But hermelín is perhaps most often prepared in its pickled form, which is almost ubiquitous in Czech pubs and restaurants. It is usually served with bread and, of course, beer. Roman Paulus, one of Czechia’s most successful chefs, told Czech Radio that there is not one “correct” way to make nakládaný hermelín.