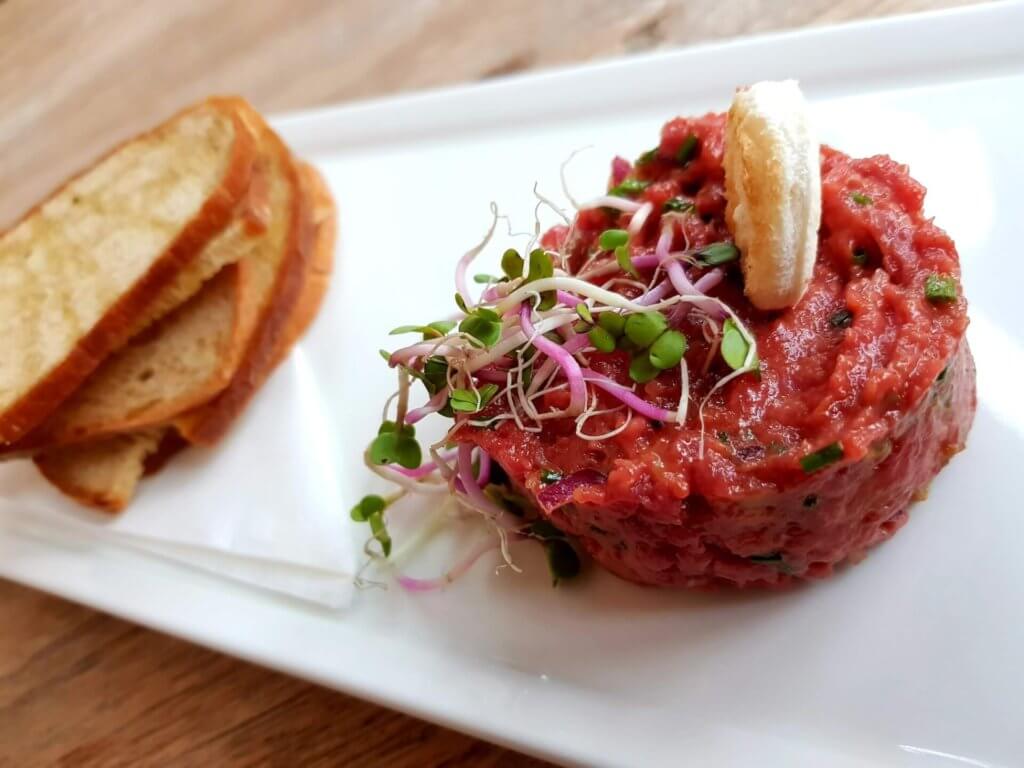 Tatarský biftek or tatarák, is the Czech version of steak tartare, a dish made of fresh, minced raw beef seasoned with salt, pepper and other ingredients. Although tatarák is not strictly a Czech meal, it enjoys huge popularity in Czechia and is one of the staples on the menus of many a pub or restaurant.

According to legend, steak tartar originated in 13th century Mongolia, where Tatar warriors would ride their horses with raw meat hidden under their saddles.

The modern version of beef tartare, as we know it today, was popularised in French restaurants in the 19th century. It was served under the name “À la tartare”, which means “served with tartar sauce”, but gradually, the word started to refer to the raw steak itself rather than to the sauce.

Today steak tartare is eaten all over the world, but, for reasons unknown, it is particularly popular in Czechia. Tatarák, as Czechs call it, is usually made of beef tenderloin, which is finely chopped or minced.

The meat is served in the shape of a burger, often with raw egg yolk on top, and a variety of other ingredients, such as finely chopped onions or Worcester sauce.