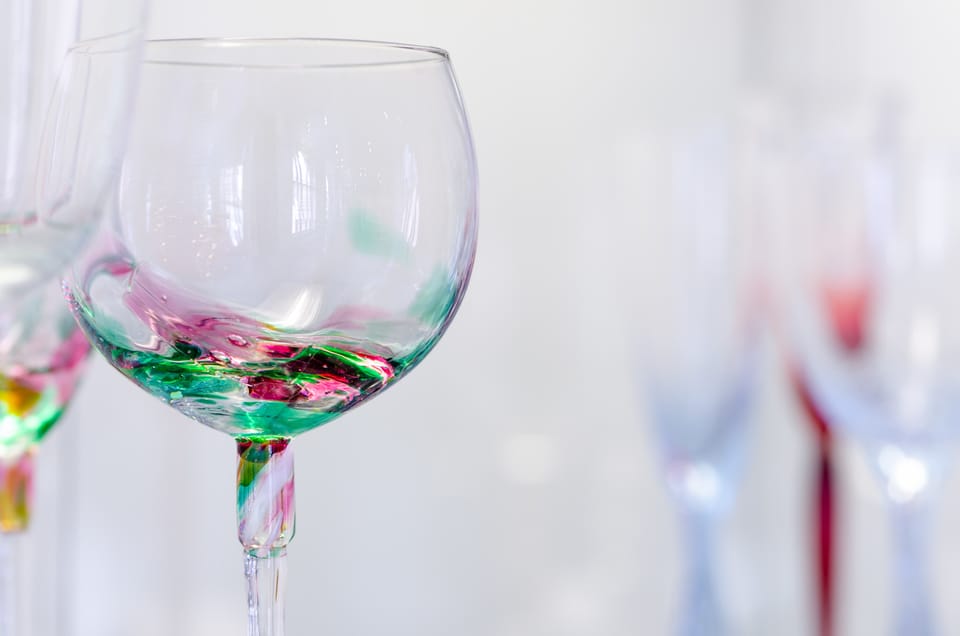 Numerous events have been taking place in the Czech Republic and Brussels to mark the start of the Czech EU presidency. One of them is an exhibition of designer wine glasses celebrating the 27-member states, which is now on display at the Jablonec Museum of Glass and Jewelry.

The exceptional collection of twenty-seven pairs of sparkling wine and champagne glasses each linked to one of the 27-member states now has pride of place in the Jablonec Museum of Glass and Jewelry. The shape and colour of the goblets differ and symbolize the individual countries of the European Union. They are the brainwork of designer and artist Mária Burešová and were made by glassworks located in the so-called Crystal Valley in north Bohemia – the cradle of Czech glassmaking.

“It all started back in 2020 when we were approached by designer Mária Burešová who sent us a few of her designs –wine glasses symbolizing individual countries. It was during the first Covid wave and she had a lot of time on her hands. They designs were great and we thought it would be a good idea to turn it into a project celebrating the EU. So she got to work and produced this collection. Two wine glasses for each country – a glass for red or white wine and a champagne flute. They were produced by seven glassworks in Crystal Valley because we wanted to show the amazing glass tradition that was born here –which is exceptional even by European standards.”

The 54 glasses are showcased in pairs and each country has its own motif. Finland has lakes, Ireland a four-leaf clover, Denmark smokestacks on a ship, Greece an amphora, Latvia amber, Slovakia the Tatra Mountains, Bulgaria rose oil and the Czech Republic – its traditional white crystal glass.”