Czech School Without Borders: how kids in UK keep up Czech language skills 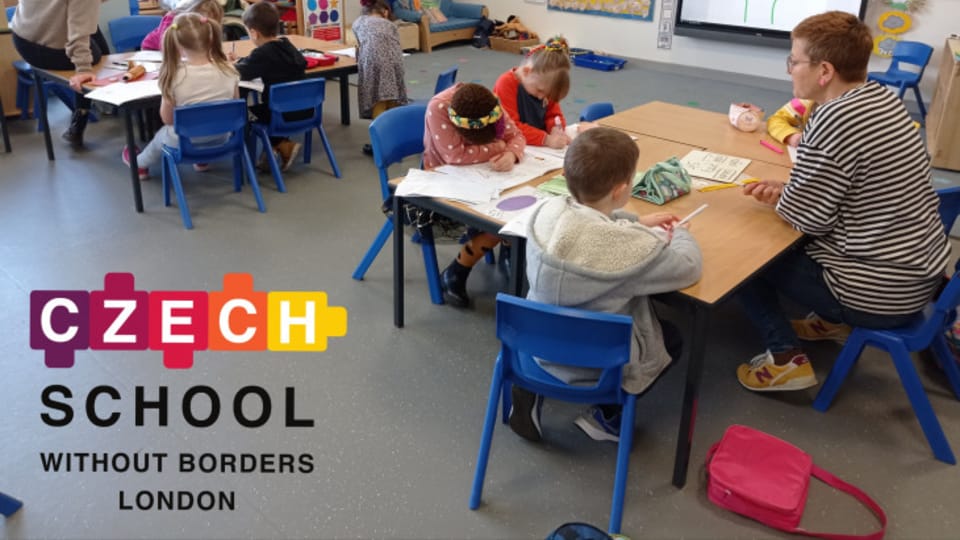 The Czech School Without Borders has been running in London since 2007, allowing children with a Czech parent to enhance their language skills and meet other kids from bilingual families. On a recent visit to the UK, I stopped by the school to meet the teachers and children and see how this unique school operates.

It is around 9am on a bright autumn day and a year 1 class at a school in North London are about to start their first lesson of the day.

But this is no ordinary school in England. For one thing this lesson is taking place on a Saturday. And secondly, the kids are reading out loud what they did at the weekend from their diaries – which they wrote in Czech.

The person behind the Czech School Without Borders is Zuzana Jungmannová, the partner of artist Hynek Martinec, who immortally portrayed her in a hyper-realistic painting that won the BP Young Artist of the Year award in 2007. She is the face in the portrait, but also the brains behind the school.

She says she first got the seeds of the idea for the school after completing her diploma. She studied art with a focus on classical textile weaving and for her final project, she helped people with special needs make a series of tapestries. In doing so, she discovered that she loved working with people even more than with objects. It was her first sign that perhaps she was better suited to working with others rather than sitting alone in a studio.

“We moved to London and I was thinking, ‘maybe it’s time to start something new.’ It was tiny steps – we started with a small group and continued. In 2010, we decided to make an official statute, a charity, cooperating with the Czech side as well, the Ministry of Education and the Ministry of Culture. We have lovely relationships here in London as well with the Czech Centre and embassy, and now we are a settled and complete school for bilingual kids.”