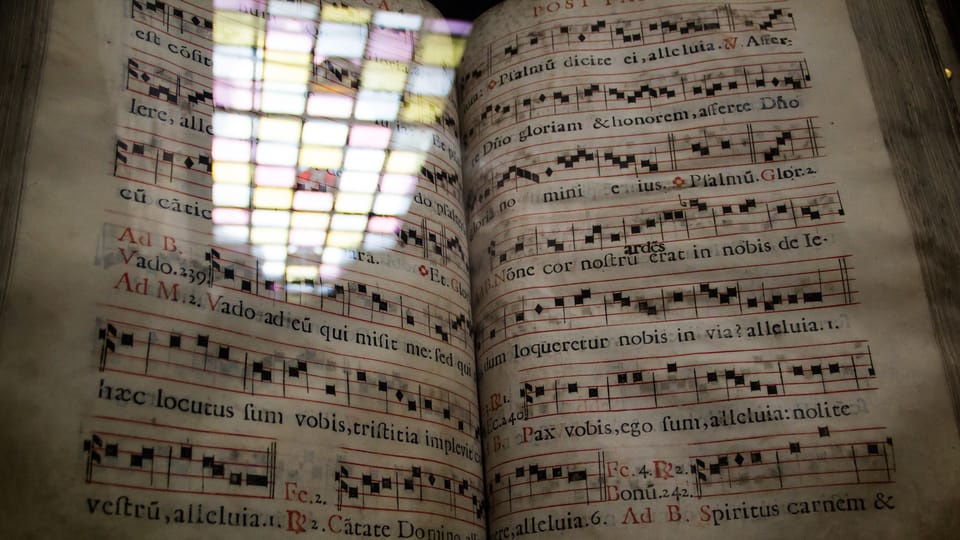 Czech scientists, in cooperation with their colleagues from Great Britain, are carrying out research aimed at tracing the origins of medieval Gregorian chants. They are doing so with the help of computational algorithms, that are commonly used in biology.

The Gregorian chant is a form of unaccompanied sacred song in Latin, which originated in Europe in Medieval times. The chants could be heard in cathedrals and small churches and served to pass sacred texts onto the next generation.

That’s why strict care was taken to ensure that they didn’t differ in any way, says Jan Hajič from the Masaryk Institute and the Archives, who is heading the research team:

“In practice, however, it turns out that it wasn’t so uniform. That’s what makes it interesting in terms of cultural evolution.”

To trace the origins of the famous melodies that are hundreds of years old, Jan Hajič and his colleagues will draw on a digital database of more than 15,000 Gregorian chants.