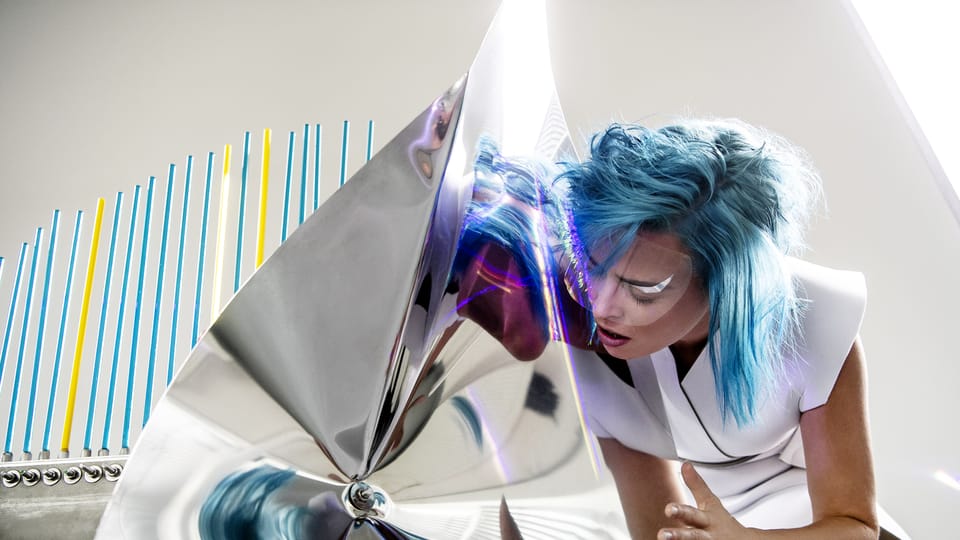 Lenka Morávková is a sound-artist and electronic producer from North Bohemia who divides her time between Prague and Los Angeles. A few years ago, she created a one-of-a-kind glass sculpture called the Bohemian Cristal Instrument, a unique version of the legendary Cristal Baschet. The sonic explorer, as she calls herself, has since achieved wide international acclaim. She performed at the prestigious Broad Museum in Los Angeles and her video, shot in the blooming Californian desert, has attracted more than two million views.

I met with Lenka Morávková during her stay in Prague to discuss her work and see her perform on the experimental instrument made of Bohemian Cristal.

“This is my own version of an instrument called Cristal Baschet, which was originally made by the Baschet brothers from France. They had been developing experimental instruments and sound sculptures since the1950s and the best-known instrument they had ever built was the Cristal Baschet.

“When I lived in Barcelona I had a chance to meet their successor, the Metaludic Baschet Studio from University of Bellas Artes de Barcelona. These guys are taking care of all the Baschet instruments all around the world and they are also working on new, post-Baschet sculptures.