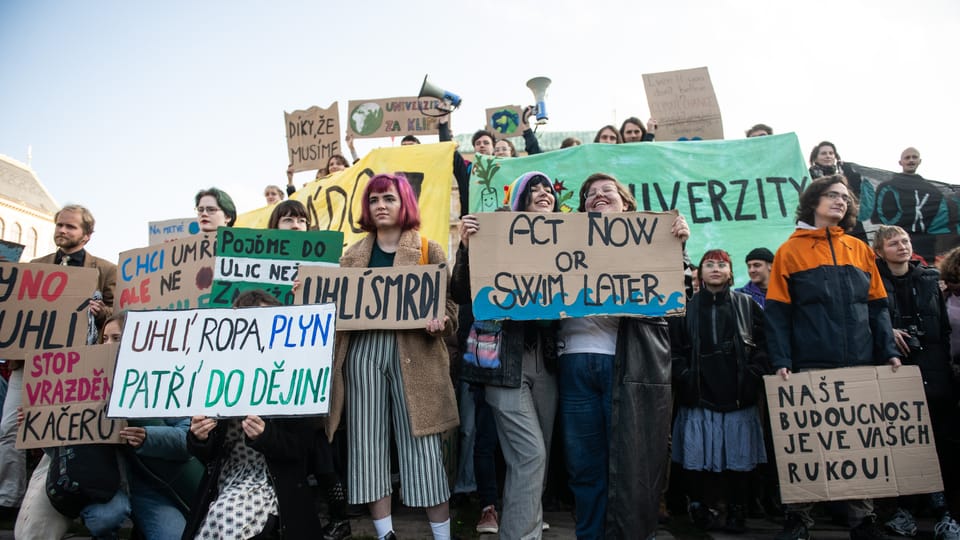 University students across Czechia are taking part in protests against climate change, calling on the government to take immediate action to address global warming, soaring energy prices and growing social inequalities. The series of events, including sleep-in and sit-in protests as well as demonstrations, started on Monday and will culminate on Thursday with a march through Prague. I discussed the events with one of the organisers, Anežka Lindaurová:

“We have decided for the sit-in protest because we firmly believe that the government is not doing enough to prevent a climate crisis that is becoming our daily reality.

“The reason why it is happening now is that we are taking part in the international process that sparked the movement, which is occupying universities and protesting against climate injustice all over the world.

“The other reason why we decided the Czech event should take place in these days specifically is that the days around November 17 are traditionally associated with the student movement.”

You are calling on the government to take immediate action to address global warming. What exactly are your demands?

“We want our government to really prioritize the action that needs to be taken to defeat climate change. And what is really important for us is for the Czech government to start immediately closing the coal power plants that are still running.