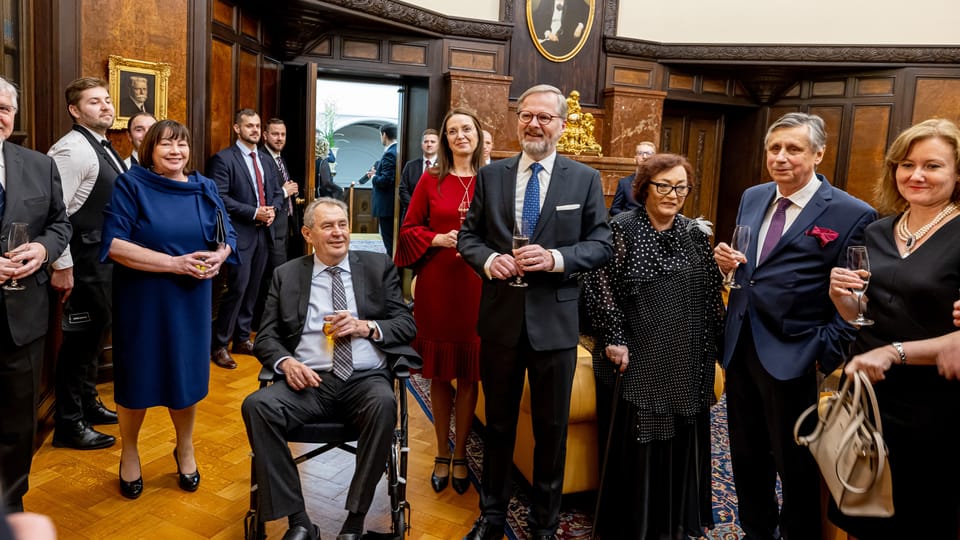 Monday saw no fewer than nine former Czech prime ministers attend a special dinner hosted by the country’s current head of government, Petr Fiala. The get together was organised on the occasion of the 30th anniversary of the establishment of independent Czech and Slovak republics. A special concert, attended by Slovakia’s Prime Minister Eduard Heger, was then held in Prague’s Rudolfinum, where both leaders paid tribute to Czechoslovakia and its modern day successors.

After the traditional New Year’s lunch with the president on Monday, Czech Prime Minister Petr Fiala sat down to a special dinner with his predecessors in office over the past 30 years.

“Despite some of us being political opponents who hold different opinions on things, I think it’s a good idea. I want all of us to be together. All of those who held the responsibility and had the opportunity to lead this country’s government, be in charge of the executive and help forge this country’s future. I want us to meet and celebrate this important anniversary.”