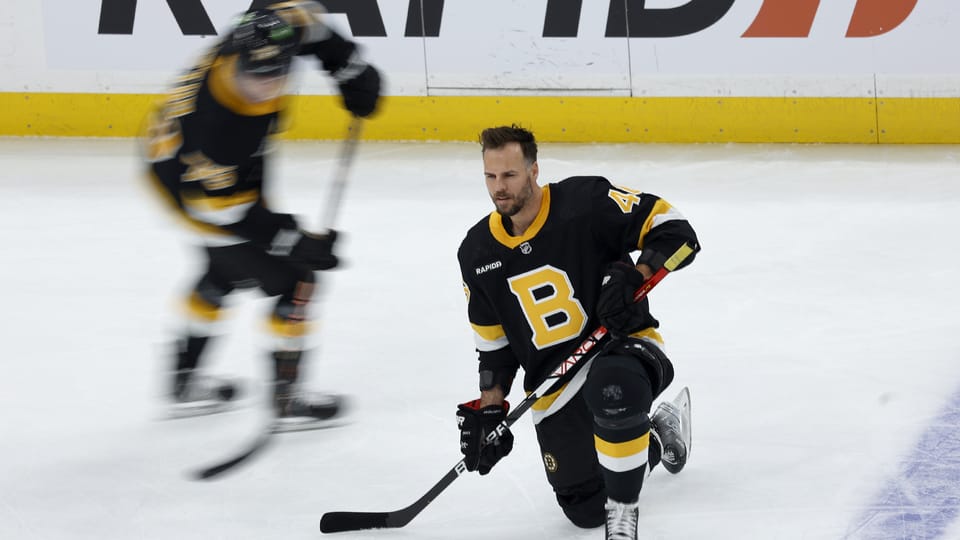 Krejčí, who is 36, led his Bruins teammates onto the ice and was treated to a loud ovation from the home crowd.

The club’s head coach, Jim Montgomery, later described the man from Šternberk as a Bruins legend who made all the players around him better.

Indeed the Czech, who was drafted 19 years ago, has spent all of his 15 seasons at the club and is only the seventh player in its history to reach the 1,000-game mark.