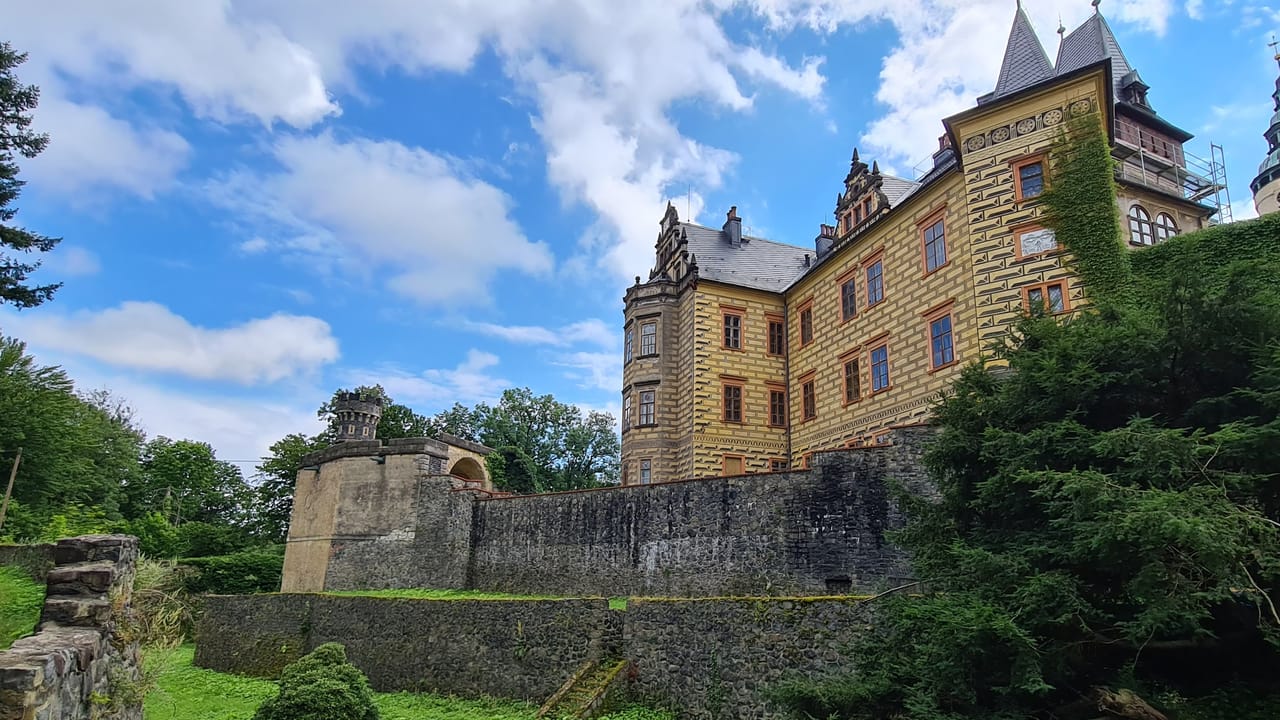 The medieval castle, extended in the 16th century to become a Renaissance chateau, is situated on a basalt rock above the River Smědá. It is one of the largest architectural compounds in Czechia.

In 1801, its last owners, the Clam Gallas family, opened the building to the public. It became the first ever castle museum in Central Europe.

In addition to the usual collections of castle furniture and accessories, the exhibition also includes a collection of weapons and pipes and a castle picture room.

The history of the castle dates back to the mid-13th century, to the reign of the Bibrštejn family, but its most famous owner was Albrecht von Wallenstein, the well-known aristocrat who earned fame as a commander during the Thirty Years War.

After his assassination, Frýdlant passed into the hands of the Gallas family, an important noble dynasty in the diplomatic and military service of the imperial court. They stayed there until 1945, when Frýdlant became the property of the state.