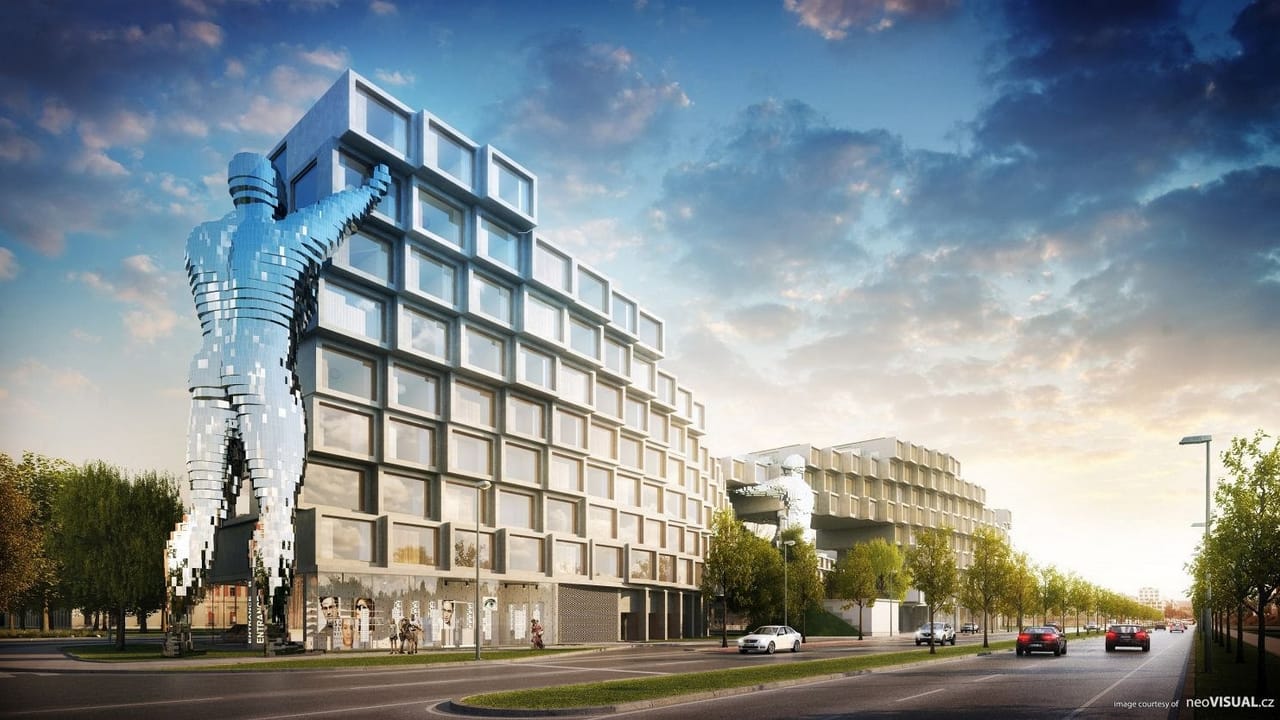 Conceptual artist David Černý has a new project. His sculptures will grace a new residential building in Prague’s district of Karlín.

The state-of-the-art apartment building, called Fragment, will be “supported” by three torsos and one larger-than-life figure designed by the well-known artist.

So far, Černý has installed the foot and hand of one of the giants. The largest figure, which is roughly 25 metres tall, will be assembled in Černý’s studio and attached to the building in its entirety.

Construction of the apartment building, located right opposite the baroque Invalidovna, started last October and should be completed by the end of this year. The project, funded by the Trigema developer, was designed by the Qarta studio in cooperation with Černý.