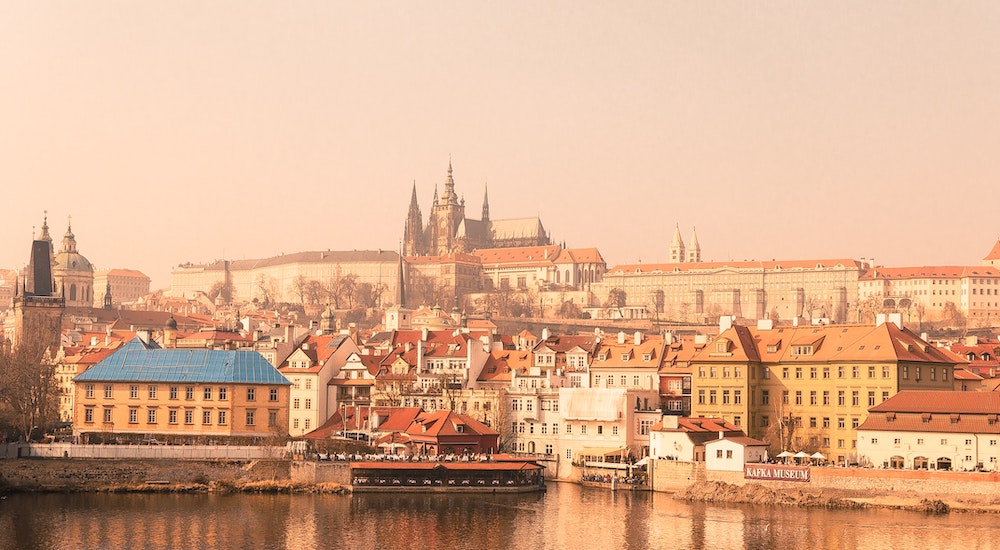 The European Space Agency has released images capturing the recent temperature extremes in a number of European cities, including Prague. The photos, taken from the International Space Station, has revealed heat islands in the densely populated areas of the city, where temperatures reached over 45 degrees Celsius.

The land-surface temperature image of Prague was taken in the early afternoon in June, in the midst of one of the worst early summer heatwaves Europe has ever experienced. The picture was taken by an instrument called ECOSTRESS, installed on board the International Space Station. It demonstrates to what extent the densely built up areas can warm up during the hot summer months and shows how hot the actual surface would feel to the touch.

Among the most affected areas in Prague, glowing bright red on the map, is the Holešovice district by the Vltava River. Michael Pondělíček is a landscape planning expert from Prague’s Institute of Planning and Development:

“This is mainly because of the old railway station with lots of iron and asphalt and very few trees, so it absorbs a lot of heat from the sun and during the summer months it doesn’t cool down even during the night.

“It is also due to its position at the bottom of the Vltava valley, which is traditionally much warmer and is poorly ventilated.”

Other parts of the city with extremely high land-surface temperature include the area surrounding the O2 Arena in the Vysočany district and the industrial zone in Štěrboholy. The image also reveals the cooling effect of parks, vegetation and water on the city:

“The main cooling corridor in Prague is the Vltava River and its surroundings, which operates day and night. It is also cooler thanks to the water released into the river from the Vranov dam, which helps to keep the temperature in the city down.

“The other significant green oasis is the Olšany cemetery with a number of fully grown trees, which create a specific microclimate. And then of course all the larger parks, such as Petřín, Stromovka, Vítkov Hill and others.”