“It was falling apart by itself” – Czechoslovakia’s Velvet Divorce 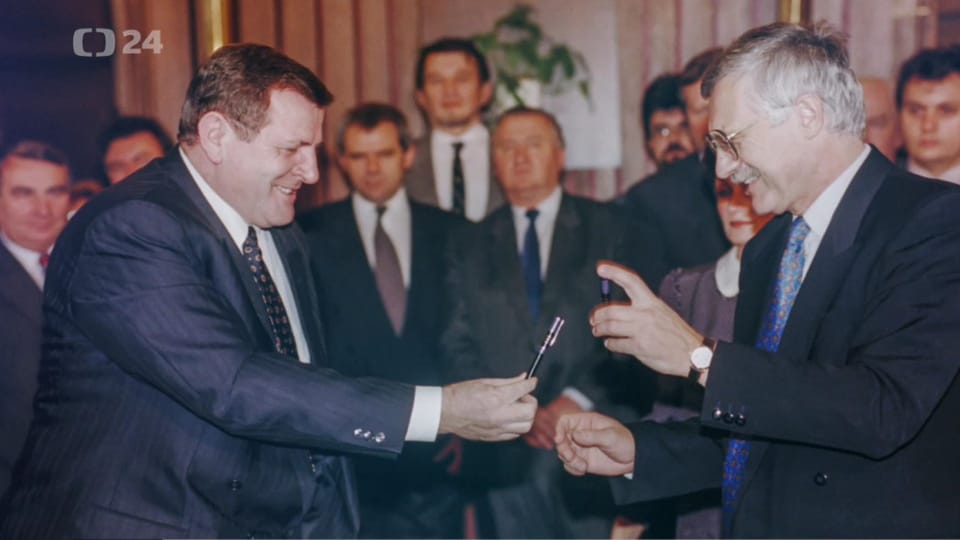 This January marks 30 years since the end of the common Czech and Slovak state. While some of the phenomena that ultimately led to the Czechoslovak split can be identified already in the early and mid-20th century, the separation of the two nations ended up being driven by politicians. Three decades on, Czechs still regret the end of Czechoslovakia more than Slovaks.

The state of Czechoslovakia was born in an atmosphere of pan-Slavic brotherhood in October 1918. It survived both the Second World War as well as four decades of Communist rule. However, less than three years after the country re-emerged as a democratic nation, Czechoslovakia would end up becoming two countries – the Czech and Slovak republics.

Contemporary historiography argues that the causes of the Czech-Slovak split stretch back far into the past. They include the failure of Czechoslovakism to truly take root during the First Republic period or the inability of the 1968 constitution to successfully address the question of how to federalise.