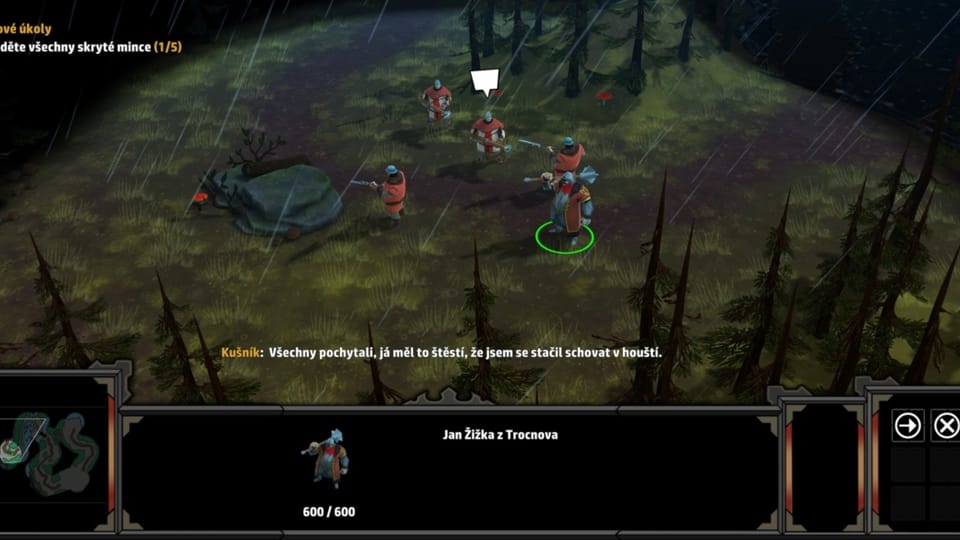 A short demo just released on Steam for an upcoming game is said to be reminiscent of Warcraft 3 – but instead of orcs, you are commanding Hussite soldiers. And instead of the giant team that was behind Warcraft, this game is the work of a single Czech developer.

Songs of the Chalice has a lot in common with Warcraft 3 – a real-time strategy computer video game with three-dimensional stylized graphics and soldiers obeying every command of the hero who leads them. But while in the classic game that gave rise to the even more famous World of Warcraft you send orcs and knights into battle in a fantasy world, in this new game you command Hussite soldiers with lances and crossbows.

And while Warcraft 3 was created by the colossal Blizzard Entertainment studio, Songs of the Chalice was created by just one person – Jan Vodička, alias Vodasoft. Vodička works as a software developer in Pilsen, but comes from southern Bohemia – just like famous radical Hussite Jan Žižka. Although he says in an interview with new site CzechCrunch that his birthplace is not the reason he chose the theme of the game, he nevertheless refers to the game as “Hussite Warcraft”.