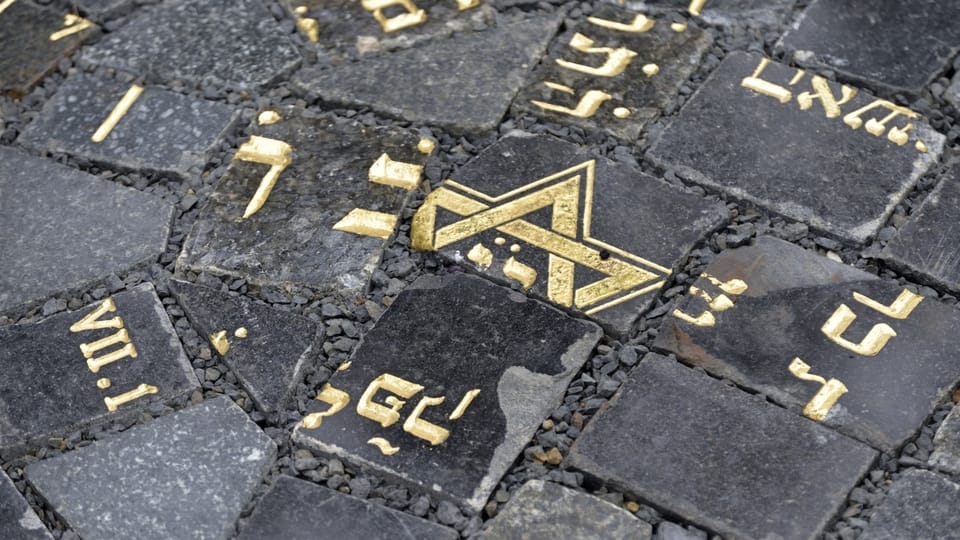 A new monument, called The Return of the Stones, has been unveiled at the Old Jewish cemetery in Prague’s district of Žižkov. It is made out of fragments of tombstones from derelict Jewish cemeteries that were cut up into cobblestones during the Communist era and used to pave the base of Wenceslas Square.

Prayers are said by Czech Chief Rabbi Karol Sidon at the unveiling of a new monument in Prague on Wednesday.

It is made of fragments of ancient Jewish gravestones that were broken up in the last decade of communism in Czechoslovakia and used for paving stones at the bottom of Wenceslas Square.

The approximately 6,000 cobblestones with Hebrew letters and dates were found during a renovation on Wenceslas Square in 2020. Under an agreement, signed a year earlier by Prague City Hall, the stones were handed over to the Jewish Community in Prague and deposited at the Old Jewish cemetery in Žižkov.