Jewish Tombstones Used as a Paving at Wenceslas Square in Prague. Jewish Community is Raising Money for Memorial 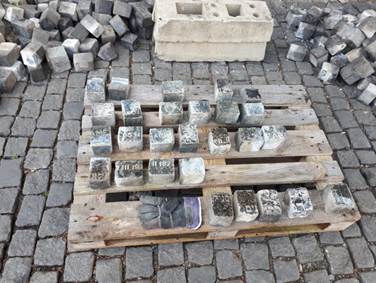 The Jewish Community in Prague is launching a crowdfunding campaign to raise money for a memorial monument made of tombstones that were carved up and used for the pavement of Prague’s Wenceslas Square during the communist regime. The monument will be created by famous Czech sculptor and artist Jaroslav Róna.

For many years, the Jewish community in Prague was questioning the origin of the paving in the lower part of the Wenceslas Square. There were indications that the cobblestones are made of tombstones from the Jewish cemeteries that were cut into pieces. In 2020, during the reconstruction of the lower part of the square, the tombstones were actually found. So far, paving stones with a total weight of 7 tons have been discovered. Thanks to an agreement signed by the City of Prague and the local Jewish community, the stones were returned and are now stored in the community’s facilities. 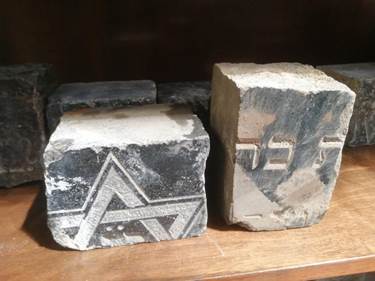 Details of paving bricks made from tombstones

However, the stones are not to remain hidden in the warehouse but are meant to become a building material for a new memorial made by Czech artists Lucie Rónová and Jaroslav Róna. As the composition and assembling are going to be costly, the total budget is estimated at 750 thousand CZK. Therefore, the Jewish community has applied for a subsidy at Prague’s cultural department, unfortunately unsuccessfuly, and has addressed some individual sponsors. Now it is asking the general public through the crowdfunding campaign with a target amount of 150 000 CZK. The funds will enable not only the construction of the memorial but also necessary modifications of the surroundings: new information panel and renovation of the tombstones in its vicinity. 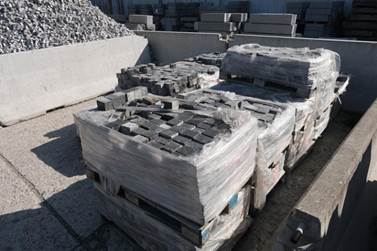 The citizens of Prague and millions of tourists were unknowingly walking on the tombstones for decades. “We also ask those of you who care that the stones, as witnesses of past injustices, will regain their lost dignity. We kindly ask you to contribute to the redress of past crimes,” said the chairman of the Jewish community and the organizer of the campaign František Bányai. 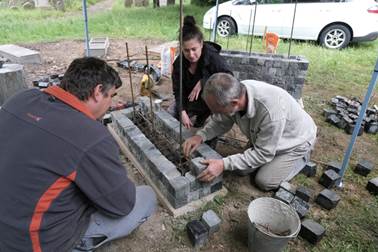 Working on Memorial during May 2022

The Žižkov Jewish Cemetery that was partly destroyed due to the construction of the Žižkov TV Tower in the 80s still retains its mysterious atmosphere. And it is where the future memorial will be placed: on a grassy meadow between the trees. Jaroslav Róna designed the monument as a circular lens made out of 200 paving blocks with remnants of Hebrew and Czech inscriptions. Around the lens, low cobblestone walls of unequal height will dart into a circle like the rays of light. The central circular lens symbolizes the Holy Creator.

Preparations are already underway and the opening of the memorial will take place on 7 Semptemer 2022. 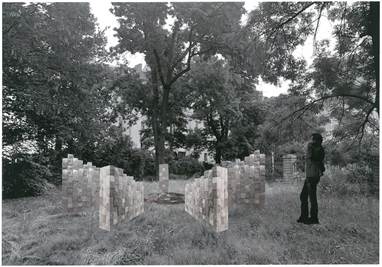 Visualization of the Memorial

The contributors of the campaign can choose from various rewards: guided tours in the Jewish Town, an event in the synagogue, or an original painting by Jaroslav Róna. The donors can also have their name written on the information board directly at the memorial. Click here to contribute: https://www.hithit.com/cs/project/10506/cs/pamatnik-z-rozrezanych-a-poslapanych-zidovskych-nahrobku/edit/editDetailedInfo