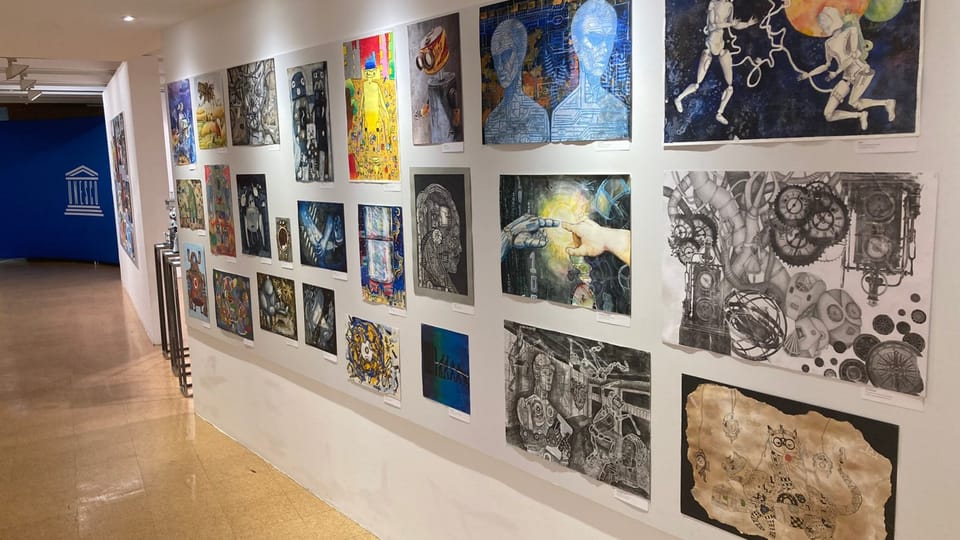 This year marks the 80th anniversary of the Lidice tragedy, the Czech village razed to the ground by the Nazis in 1942 as revenge for the assassination of Nazi governor Reinhard Heydrich. 340 people were murdered, including 88 children. For the last 50 years, an international children’s art competition has taken place to commemorate the child victims, and now a special exhibition comprised of some of the best entries from over the years has opened in Paris to mark the anniversary.

Over 200 pictures painted by children from more than 60 countries around the world are now on display at the UNESCO headquarters in Paris. The artworks are all prize-winning entries from the last 20 years of the Lidice International Children’s Art Competition, which was established to honour the memory of the children murdered in the Czech village of Lidice during WWII. The competition celebrates its 50th anniversary this year.

Curator Veronika Trubačová says the exhibition is divided into two parts, the first part presenting a selection of the best works from the last 20 years reproduced on banners, and the second part presenting last year’s winners.