Limited edition of Venus of Věstonice replicas goes on sale 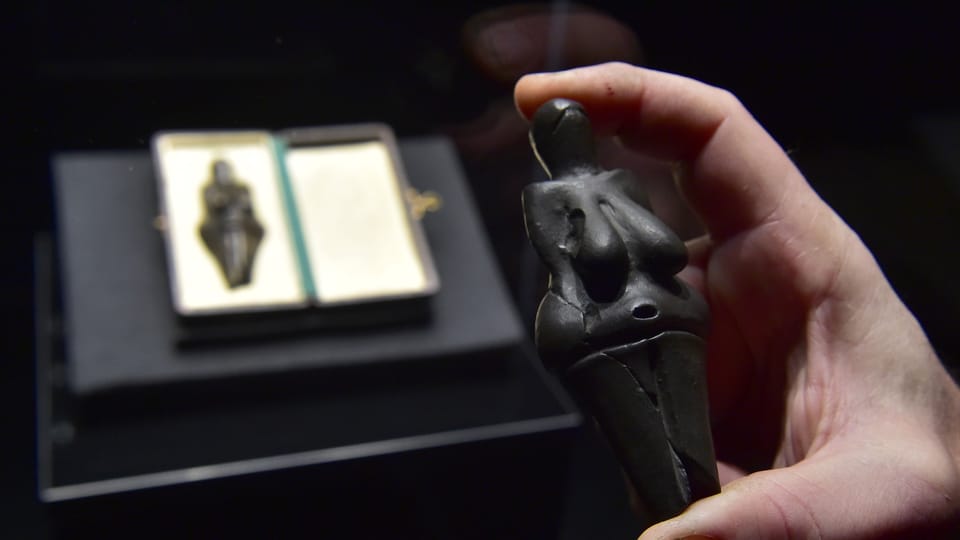 A faithful replica of the Venus of Dolní Věstonice, Czechia’s most famous archaeological find, went on sale on Tuesday at the Moravian Museum in Brno. The current model is much more accurate than any of the previous ones. The prototype for the mould from which the copies were cast was based on CT scans of the original.

The Venus of Dolní Věstonice, a ceramic statuette of a naked woman believed to be 29,000 years old, is considered to be one of the oldest artefacts of its kind in the world. A few years ago, researchers scanned the figurine in a special 3D microscope, creating a detailed digital model.

Using the information from the scan, sculptor Jiří Pec created a faithful replica of the Neolithic statuette:

“It is no longer possible to make a classic mould for the Venus of Věstonice that would reveal all the irregularities on the surface. Since the original could be damaged in the process, we had to choose a digital form.”

The museum staff wanted to create a sufficiently faithful and representative copy that would match the original not only in appearance, but also in weight and finish.