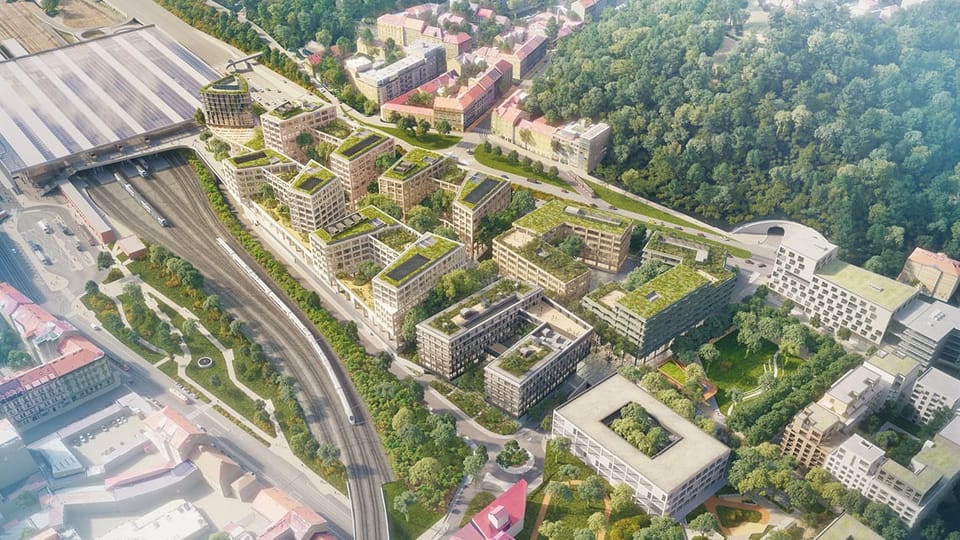 Several streets in Prague’s new district of Smíchov City, which is currently under construction, are to be named after women who contributed to freedom, democracy and the fight against totalitarianism.

The main pedestrian boulevard that will run through the 20-hectare neighbourhood will bear the name of Madeleine Albright, the former US secretary of state, who was born in Smíchov.

There are currently around 7,500 streets in the Czech capital, with roughly a quarter being named after historical figures, but only around a tenth of those are women.

To improve the gender balance, the developer Sekyra group, along with the Václav Havel Library, proposed to name the streets in the newly created district after notable women.

Apart from Madeleine Albright, whose name should also appear on the newly built elementary school, other famous women to get their own streets include the surrealist painter Toyen, sociologist and feminist Jiřina Šiklová, art collector Meda Mládková, German philosopher Hannah Arendt and the resistance fighter Růžena Vacková, as well as Alice and Anna Masaryk, daughter and granddaughter of the first Czechoslovak president.