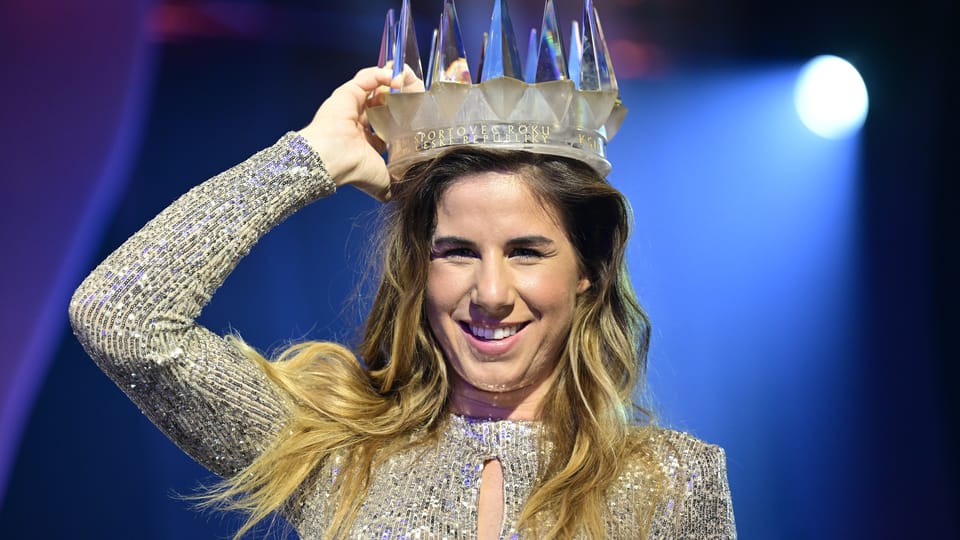 Ester Ledecká has been crowned Czech Sportsperson of the Year for the second time. The 27-year-old took her third Olympic gold medal in Beijing – but perhaps surprisingly says that wasn’t the high point of her 2022.

Ester Ledecká was named Czech Sportsperson of the Year at a ceremony at Prague’s Hilton Hotel on Wednesday night.

She received 1,593 votes in the 64th annual poll of sports journalists.

The 27-year-old finished more than 250 points ahead of her closest rivals, the tennis doubles pairing of Barbora Krejčíková and Kateřina Siniaková, while ice hockey star David Pastrňák came third.

Ledecká was previously named Sportsperson of the Year in 2018, the year she took Olympic gold in both parallel giant slalom, a snowboarding event, and the Super-G in alpine skiing.

It was the first time in history that a woman had topped the podium in two different sports at one Olympics.