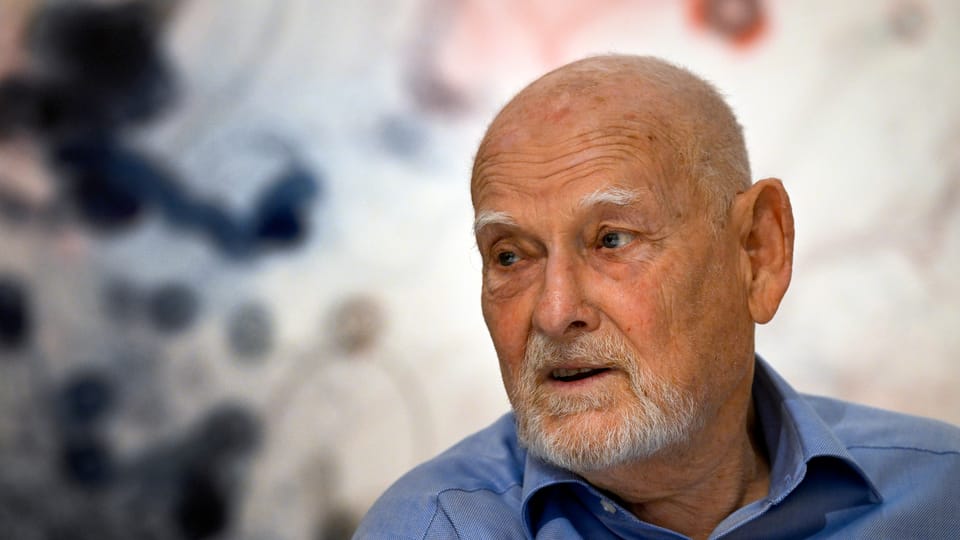 The great Czech artist Theodor Pištěk, who turned 90 on Tuesday, won an Oscar in 1985 for his costumes for Amadeus. However, he regards himself primarily as a painter – and a cross-section of his works can now be seen at a joint exhibition in Prague with his son Jan.

Theodor Pištěk is probably best known internationally for designing the costumes for Miloš Forman’s cinematic masterpiece Amadeus, for which both he and the film itself won Oscars (the film in fact picked up an impressive eight Oscars in total, including Best Director, Best Screenplay, and Best Picture). But for his part, Theodor Pištěk said years later in an interview for Czech Radio that the award came as a complete surprise.

“I really didn’t expect it – we expected a completely different outcome. I already had one foot half out the door when they announced that I’d won.”

And yet, despite the international recognition for his costume designs, Theodor Pištěk says that he sees himself primarily as a painter.

“My main profession, even my life’s calling, is painting. Everything else is secondary – side projects which don’t play such an important role in my life.”

It is precisely as a painter that he is being represented in the exhibition Pištěk & Pištěk, dva světy (Pištěk & Pištěk, Two Worlds), his first joint exhibition with his son Jan. The fresh nonagenarian’s works have been drawn from his oeuvre by curator Martin Dostál and the artist himself.