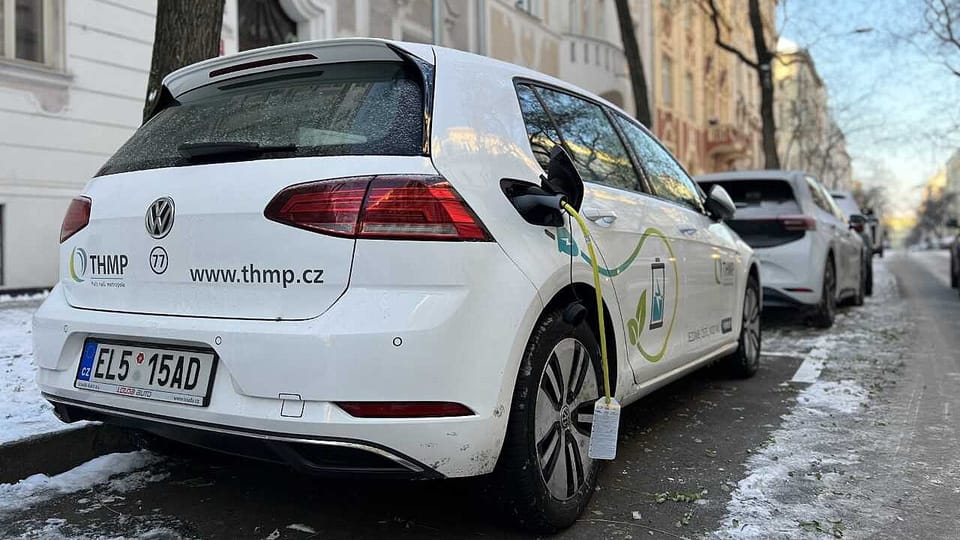 The number of electric vehicles in Czechia is growing and according to official estimates their number could reach 100,000 by 2030. Most of them will be in the capital city. Prague has therefore decided to increase the number of charging stations available. Drivers will find them, among other places, in the smart lampposts lining the streets of Prague’s Vinohrady district.

The electric chargers are built into selected city lamps, to prevent new installations cramming sidewalks. Drivers should look for a black box with cables and pictograms explaining how to use the station. Most of the stations allow two vehicles to be charged at the same time, and a total of 13 new chargers have now been installed in Prague’s Vinohrady district.

Until the end of the year, Prague residents can charge their cars for free without registration, they just need to connect the cable. As of next year, it will be possible to charge in two ways. The first is a one-time recharge without registration via a QR code, the second is via registration, where drivers get a recharge chip. Tomáš Jílek, Chairman of the Board of Directors of Prague Technologies explains.