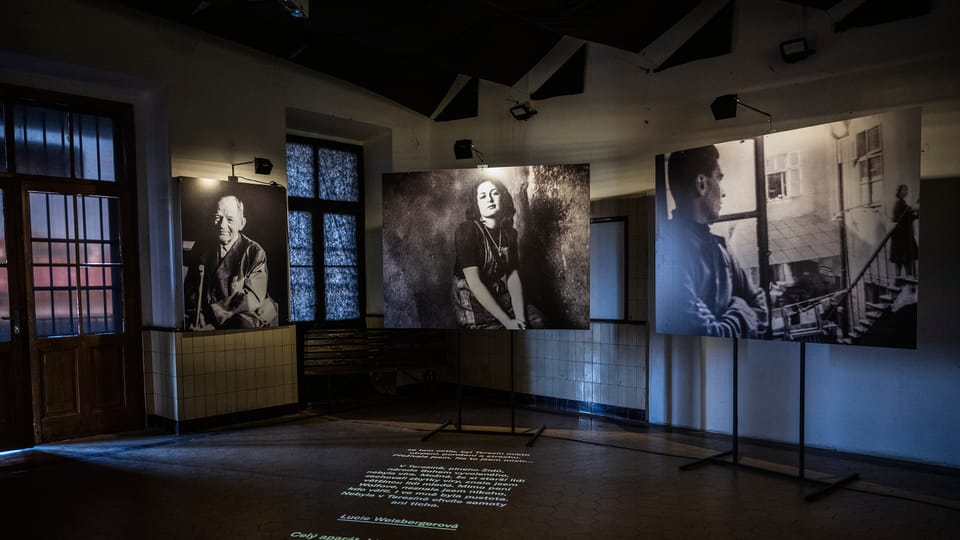 Collection of photographs depicting everyday life in the Terezín ghetto are on display at the Memorial of Silence, Photo: Památník ticha

A unique collection of newly discovered photographs depicting everyday life in the Terezín ghetto are currently on display at the Memorial of Silence in Prague. The previously unseen images are on display at the Bubny train station, the place which saw tens of thousands of Czech Jews leave for the ghettoes and Nazi death camps. The exhibition, called simply Album G.T., also presents the stories of the people whose identity has been revealed.

The tiny album of photos was preserved for many decades on the estate of journalist Milan Weiner, a survivor of both Terezín and Auschwitz, who died in 1969.

The collection of 41 photographs were taken between the years 1942 and 1944 and includes stylised portraits of the ghetto’s residents as well as secretly shot images of life in Terezín. They are the first surviving photographs showing authentic life in the ghetto other than the stills from Nazi propaganda films.

Jana Šmídová, the daughter of Milan Weiner, who is also a journalist, says the family has always suspected where the pictures came from, but for various reasons, they didn’t attach that much importance to the album.