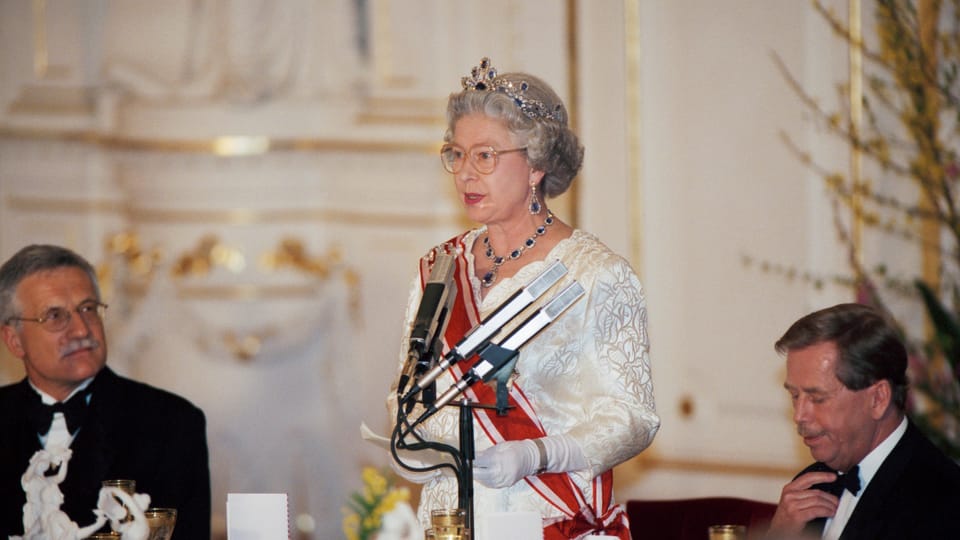 Queen Elizabeth II, who passed away on Thursday, is fondly remembered by many Czechs. Not least thanks to her visit to the country in March 1996, when she met with the then president Václav Havel and chatted with locals on Charles Bridge. One of those who met with the monarch several times during his career is the former Czech ambassador to the UK Michael Žantovský.

“I met her for the first time in March 1990 when I came to London with Václav Havel, whom she invited for lunch. She impressed me already then as a very likeable and very kind human being.

“In our subsequent meetings, when she came to Prague in 1996 and later when I served in London as ambassador, she only reinforced that impression in me. I admired her enormously.”

How important do you think the visit of the Queen to Czechia was for Czechs and for relations between the two countries? I understand that the queen would only do a limited amount of state visits per year, so I guess it was quite rare?

“Of course. And it was a reflection, I think, of the high esteem in which she held Václav Havel who impressed her enormously during their first meeting.

“Actually, 20 years later, when I handed to her my credentials as ambassador, she remembered in verbatim the details of that meeting and we recalled it together. That is an amazing feat considering how many visitors and heads of state she saw in the meantime.

“I think that she was a beacon of Czech-British relations. I hope that her successor will continue in the same vein.”