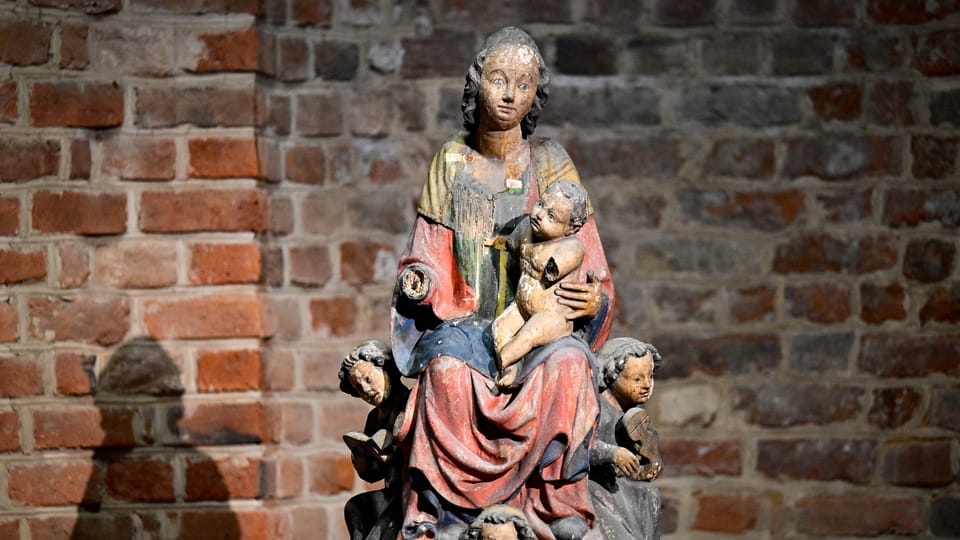 The National Gallery in Prague has acquired a particularly valuable item – a wood carving of Mary sitting on a heavenly throne with baby Jesus resting on her lap and surrounded by three angels. The object is being called the Madonna from Havraň and is believed to have been carved during the 1360s or 1370s.

This Tuesday the National Gallery in Prague announced it had purchased the Madonna for CZK 4.5 million from a private owner. The purchase was made through the use of Ministry of Culture funds and the owner wished to remain anonymous.

The object is believed to have been carved by the same master who created the Bečov Madonna, another acclaimed piece of 14th century medieval art. The author most likely worked in Prague, which was then the residence of Holy Roman Emperor Charles IV. It seems that the city also possessed a sophisticated art scene at the time.

Olga Kotková, who is in charge of the National Gallery’s Collection of Old Masters, says that the statue may have been carved by the master of the workshop himself.

“This was a truly exceptional workshop that seems to have been based in Prague, but delivered its products to Northern Bohemia. It’s possible that the workshop was located there as well at a certain point.”