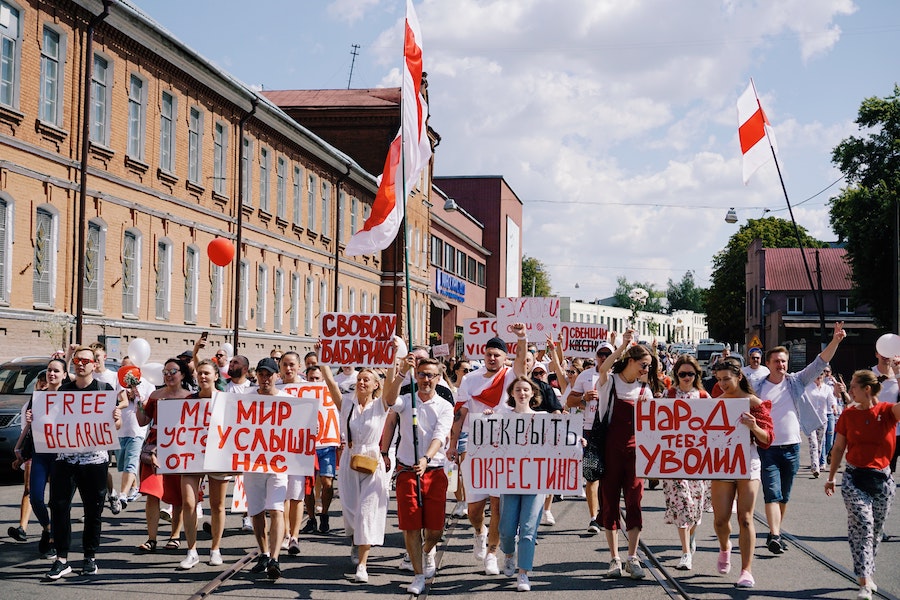 Said RFE/RL President Jamie Fly, “The Lukashenka regime’s treatment of Ihar Losik has been reprehensible. The closed-door trial he and his co-defendants have endured for the past five months has been an outrageous travesty of justice. We again call on the Lukashenka regime to stop their assault on news organizations and journalists and bloggers like Ihar and let him return to his wife and daughter.”

Losik was arrested by Belarusian agents on June 25, 2020, in advance of the rigged presidential election in August that returned six-term incumbent Alyaksandr Lukashenka to the presidency. He was tried on charges widely considered to have been fabricated by Belarusian authorities, including “organization and preparation of actions that grossly violate public order” and “preparation for participation in riots.” The trial lasted five months and took place behind closed doors at the prison where Losik was being held with his five co-defendants, who included video blogger Syarhey Tsikhanouski, the husband of presidential candidate and opposition leader Svyatlana Tsikhanouskaya, and prominent opposition activist and former presidential candidate Mikalay Statkevich.

Since his arrest, Losik has faced severe physical and psychological pressures, to include two debilitating hunger strikes. He has only been allowed to see his wife once throughout his ordeal, and been denied any visits at all with his parents or his young daughter. Prison authorities have also sought to affect Losik’s mental state while in detention with frequent transfers to different cells and by denying mail privileges for extended periods of time.

RFE/RL journalists in Belarus have spent a cumulative 688 days behind bars since Losik was arrested in June 2020; RFE/RL freelancer Andrei Kuznechyk is still in jail, serving a second 10-day sentence for “hooliganism” in what RFE/RL’s Jamie Fly described as a “state-sponsored kidnapping.” A Belarusian court on December 3 designated the Telegram and YouTube channels of RFE/RL’s Belarus Service as “extremist”. In addition, RFE/RL’s bureau in Minsk was raided and sealed by Belarusian security forces on July 16, and numerous other RFE/RL journalists on assignment to report on the election and its aftermath have been harassed, detained, and stripped of their accreditations.

About RFE/RL’s Belarus Service Despite working in what Reporters Without Borders calls “the most dangerous country in Europe for media personnel,” RFE/RL’s Belarus Service continues to provide independent news and analysis of the fast-moving events to Belarusian audiences in their own language, relying on social media platforms such as Telegram, Instagram, and YouTube, as well as mirror sites and an updated news app to circumvent pervasive Internet blockages and access disruptions.

About RFE/RL RFE/RL relies on its networks of local reporters to provide accurate news and information to more than 37 million people every week in 27 languages and 23 countries where media freedom is restricted, or where a professional press has not fully developed. Its videos were viewed 7 billion times on Facebook, YouTube, and Instagram/IGTV in FY2021. RFE/RL is an editorially independent media company funded by a grant from the U.S. Congress through the U.S. Agency for Global Media.