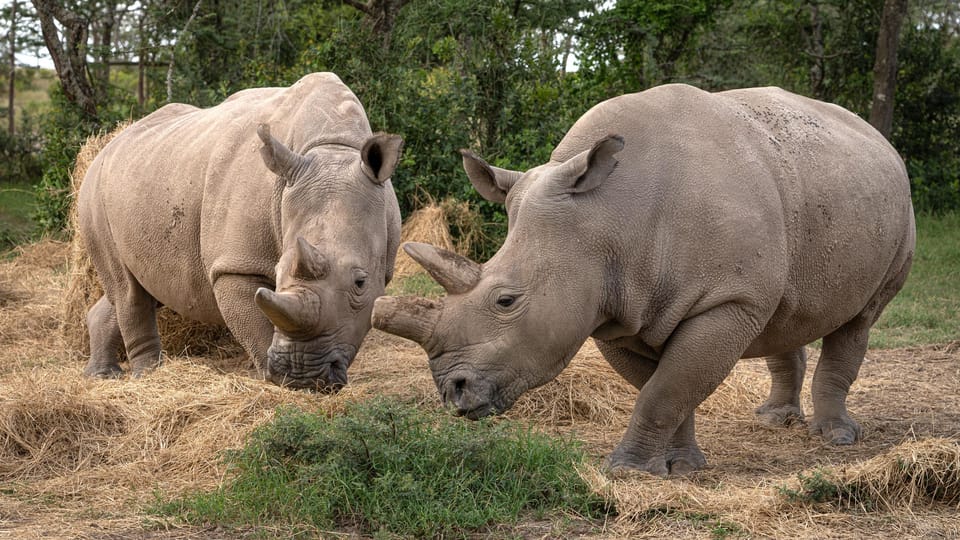 An international team of scientists working to save the northern white rhino from extinction has announced a major breakthrough. They have succeeded in cultivating primordial germ cells, the precursors of rhino eggs and sperm, from stem cells. I discussed the latest achievement with Jan Stejskal of Dvůr Králové Zoo, which is spearheading the international effort to save the rhinos:

“Basically, what is necessary to for us to save the northern white rhino, is to produce embryos, and there are two ways to achieve that.

“One is to collect the eggs from the last living donors that are now in Kenya and the other way is to produce eggs through reprogramming tissue in vitro.

“We started work on producing eggs in a laboratory environment years ago. The first step was to derive so-called induced pluripotent stem cells from a tissue sample. This was done in the Max Delbruck Centre in Berlin.

“Now, our colleagues in Osaka have made another breakthrough. They succeeded in creating primordial germ cells from these induced pluripotent stem cells. So it is one more step, and a very important one, on the way to acquire eggs in a laboratory.”

What other steps are needed to complete the process of creating artificial eggs and sperm?