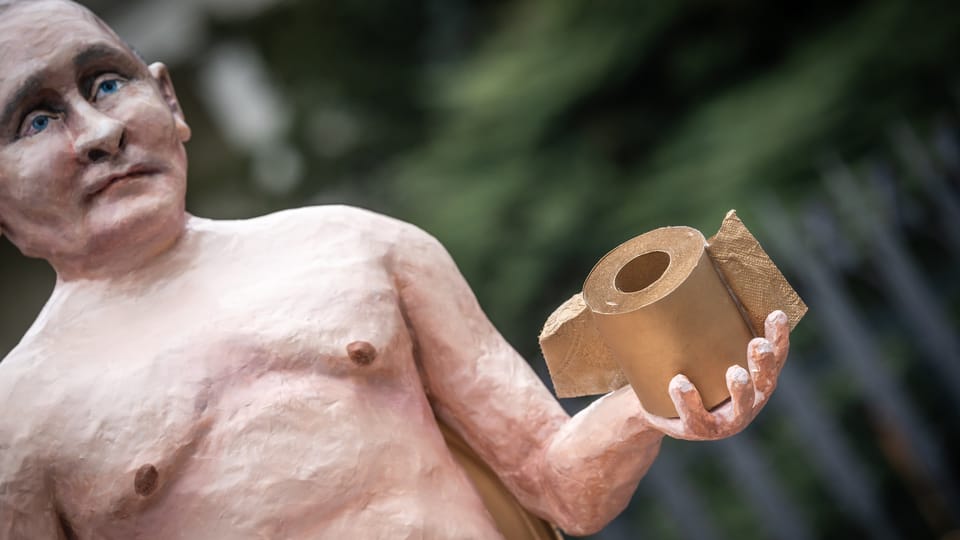 A papier-mâché effigy of the Russian and Belarusian leaders Vladimir Putin and Alexander Lukashenko, made famous at anti-Russian demonstrations in Prague over the past year and a half, has now been put to auction. Bidding starts at 10,000 euros.

The gaudy artwork most recently drew the attention of European leaders at an informal summit held at Prague Castle in September. But it has been making the rounds at public events and “happenings” around Prague since April 2021, when it had its premiere outside the Russian embassy, with the fence also being decorated with golden toilet brushes.

Toilet brushes have become a symbol of resistance against Putin’s regime ever since Alexei Navalny’s opposition movement released a documentary film in early 2021 showing footage of a giant palace by the Black Sea, which the filmmakers say was constructed by Putin using slush funds, where the toilet brushes alone reportedly cost 15,000 euros. This then became the inspiration for the papier-mâché sculpture “Naked Killer”, depicting Putin sitting naked on a golden toilet.