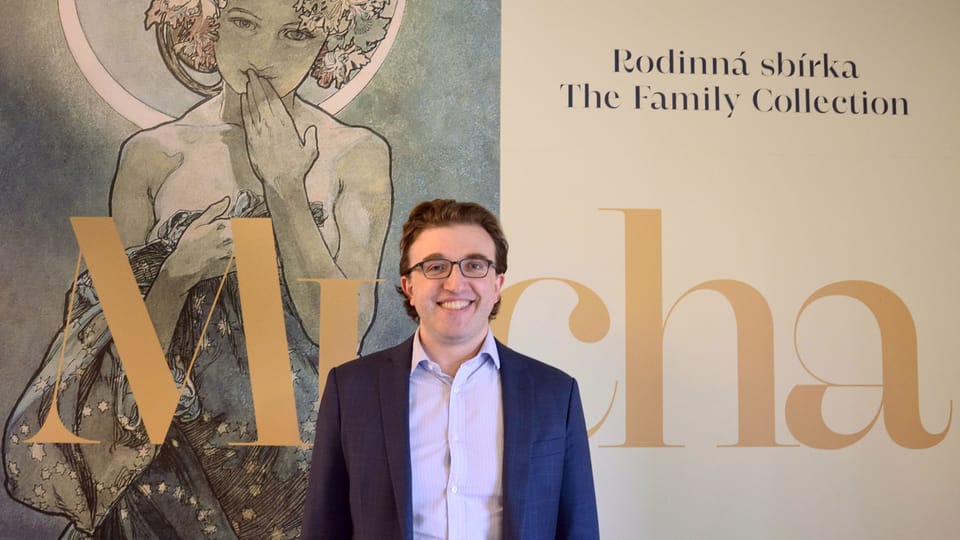 The Mucha exhibition which opened in July at Prague’s Waldstein Riding School has proven so popular that it has been extended until the end of the year, although it was originally slated to close on Monday. Marcus Mucha, the great-grandson of the famous artist, led Radio Prague’s Till Janzer around the exhibition.

Alphonse Mucha’s artistic style is so iconic that it is still seen today in rock’n’roll posters, manga, and even superhero movies and video games. But the exhibition Mucha: The Family Collection, recently extended by popular demand to December 31, includes some works that have never been seen by the public before.

Divided into six sections, each part tells the story of a different formative period in Mucha’s life that had a big influence on him and his art. In this way you get to follow Mucha through the progression of his life, from his childhood in South Moravia through his studies in Paris and his life in the US all the way to the creation of his crowning masterpiece, the famous Slav Epic.