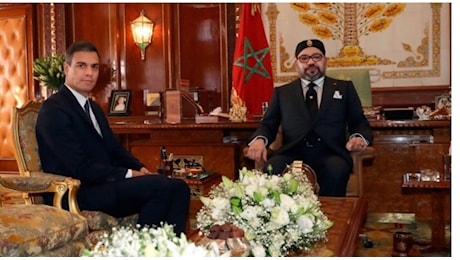 Spain has changed its stance towards Western Sahara and announced its support for the Moroccan initiative on this region, according to a message sent by Spanish Prime Minister Pedro Sanchez to King Mohammed VI of Morocco.

In the message revealed on Friday, Sanchez said that Morocco’s autonomy initiative for Western Sahara is “the most serious, realistic and credible” solution to the lengthy dispute.

Sanchez also expressed that he “recognises the importance of the Sahara issue for Morocco” and that: “Spain considers the autonomy initiative presented by Morocco in 2007 as the most serious, realistic and credible for resolving the dispute.”

The Spanish prime minister hailed: “The serious and credible efforts of Morocco within the framework of the United Nations to find a mutually acceptable solution.”

He stressed: “The two countries are inextricably linked by affections, history, geography, interests and shared friendship.”

Sanchez added: “Our goal is to build a new relationship, based on transparency and permanent communication, mutual respect and agreements signed by both parties, and the refrain of any unilateral action, commensurate with the importance of everything we share.”

Sanchez reiterated his determination to face alongside Morocco: “The common challenges, especially the cooperation for the management of migratory flows in the Mediterranean and the Atlantic, always in a spirit of full cooperation.”

Concluding his message, Sanchez affirmed: “All these actions will be undertaken with the aim of guaranteeing the stability and territorial integrity of both countries.”

Morocco considers Western Sahara part and parcel of the kingdom’s sovereign territory. The Spanish position regarding Western Sahara constitutes a big blow to the claims of the Algerian-backed Polisario Front.

Earlier this month, the US praised Morocco’s “autonomy plan” for Western Sahara as “serious, credible and realistic”, which could “meet the aspirations of the people of the region.”