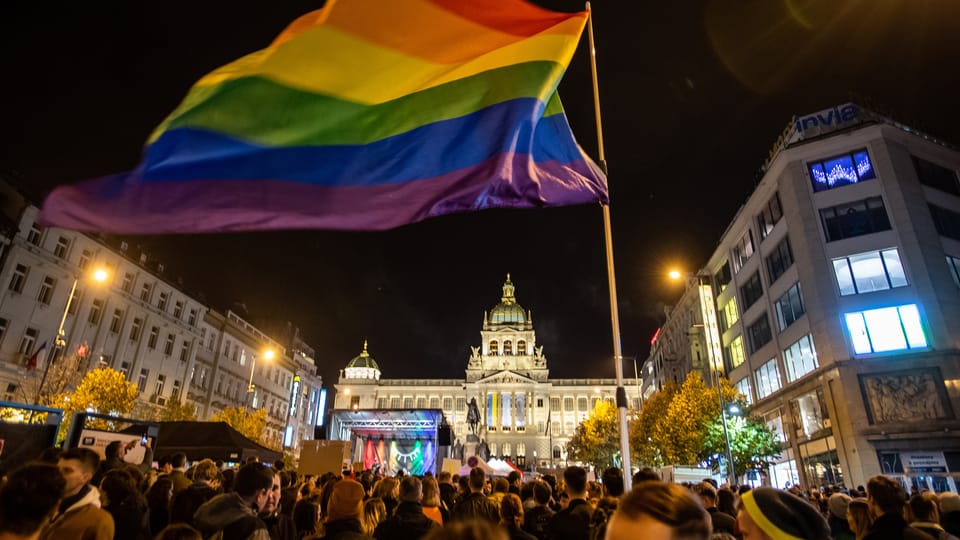 Thousands of people gathered on Wenceslas Square in Prague on Wednesday evening to call for an end to prejudice against LGBT+ people, which led to the homophobic murder of two young men in Bratislava earlier this month.

Several thousand people gathered on Prague’s main square on Wednesday evening to raise their voice against homophobia. Human rights activists, singers, actors and public figures denounced the murders and blamed the Czech and Slovak governments for dragging their feet in giving LGBT people equal rights, which they say fueled prejudices and hatred against them.

Viktor Heumann from the NGO Transparent said the system itself was intended to root out anyone different.

“What occurred outside the queer bar Teplaren in Bratislava two weeks ago was hatred in its worst form. Hatred that is directed against all of us who are different, against the whole LGBT community. This terrorist act, which ended the life of Juraj and Matuš, stems from an evil that is not visible, a systemic violence which is part of the order we live in, the legal order that impacts our everyday lives. This system aims to erase our trans-identity, aims to make us invisible and force us out of the majority population. It aims to “normalize” our appearance, our behavior and our bodies. “