Welcome to the new DJA Reserve in Prague Zoo! 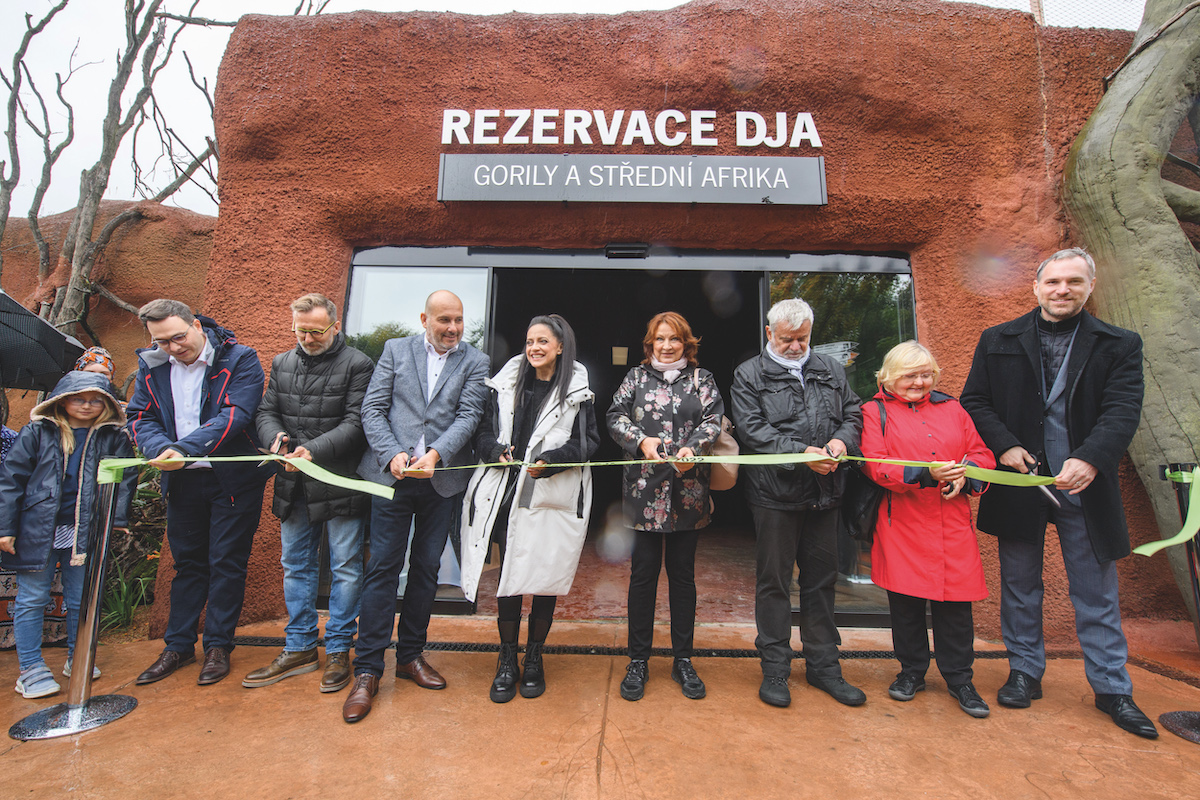 The Dja Reserve, as we called the new gorilla pavilion, is open! It is a culmination of years of work, to which many of us devoted a piece of our lives.

Our journey to the new pavilion

The impetus to start preparing and promoting this project arrived in the form of the floods that affected the lower part of the Prague Zoo grounds in June 2013. In the summer of the same year, I picked a place where the pavilion could stand. It had to meet two main conditions – to have a favourable microclimate and to enable the construction of a sufficiently large building and enclosures. This was matched by terrain depression below the vineyard house Sklenářka covered with natural seeding vegetation, at the end of the giraffe enclosure. 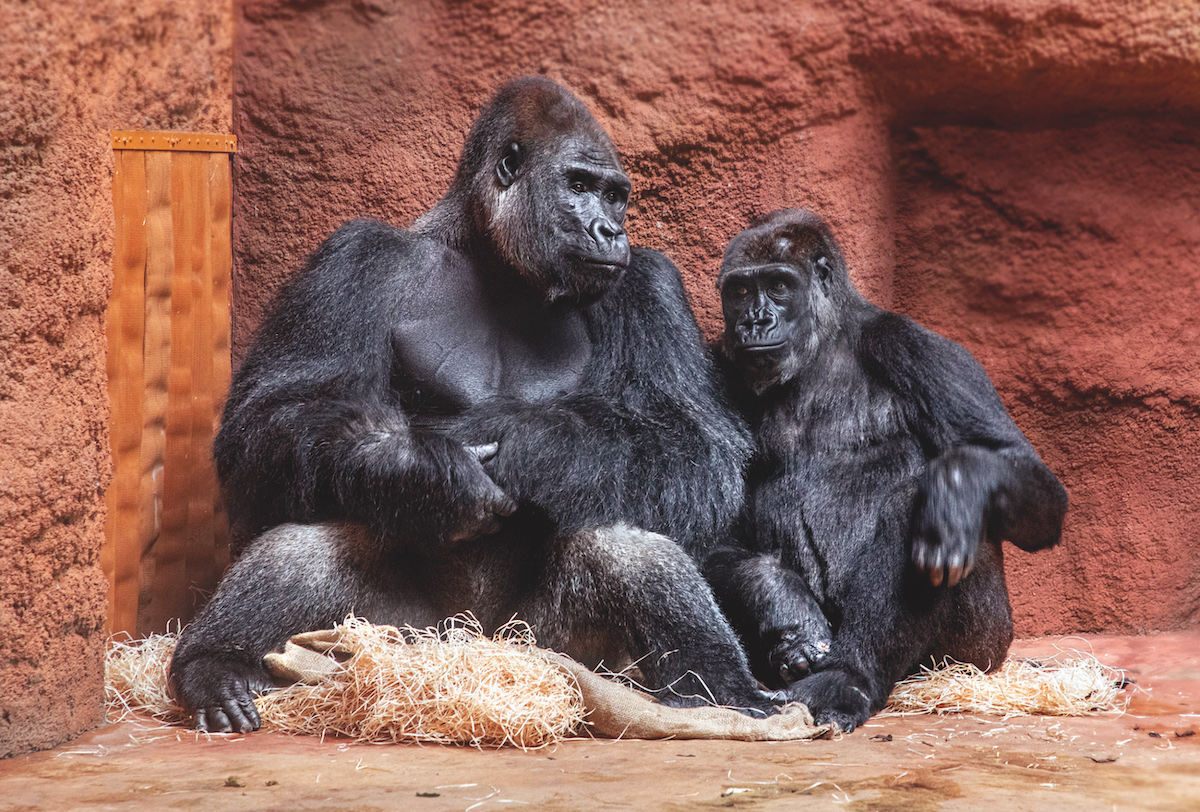 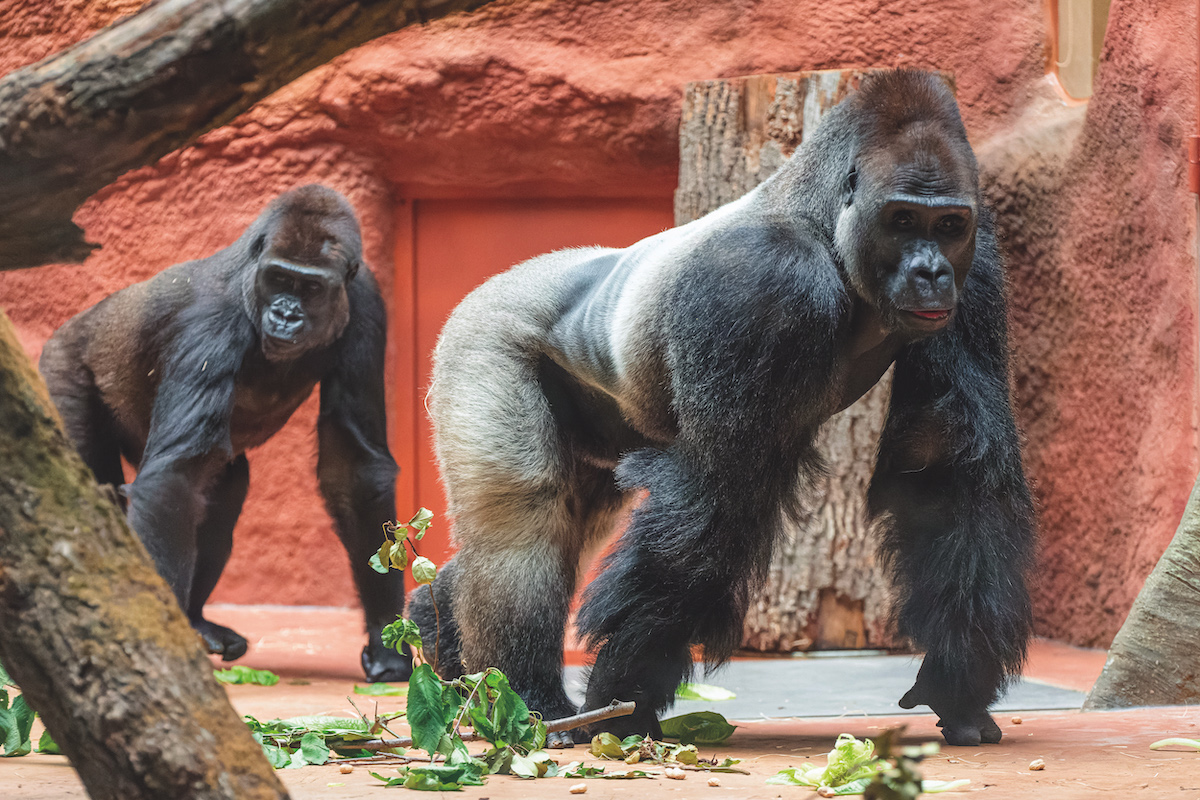 And then the real martyrdom began. Even though we had expert studies done that made it clear that the new pavilion would not disturb the landscape character of the Troja basin or degrade the distant views, we had to fight a long fight to overcome all objections against its construction. After all the delays, we finally started building in October 2019.

We designed the new pavilion to give visitors the experience of travelling through Cameroon. After all, we named it the Dja Reserve after the area in Cameroon where we help protect lowland gorillas and nature in general. Its construction was not easy, as it is a completely atypical and, in many ways, innovative complex… In addition, the COVID-19 pandemic made our situation even more complicated. But this year in April, we got the much-desired approval, and we were able to start finishing work and settling the pavilion with animals. The last to arrive in September were a male gorilla Kisumu and Moja ́s daughter Duni. 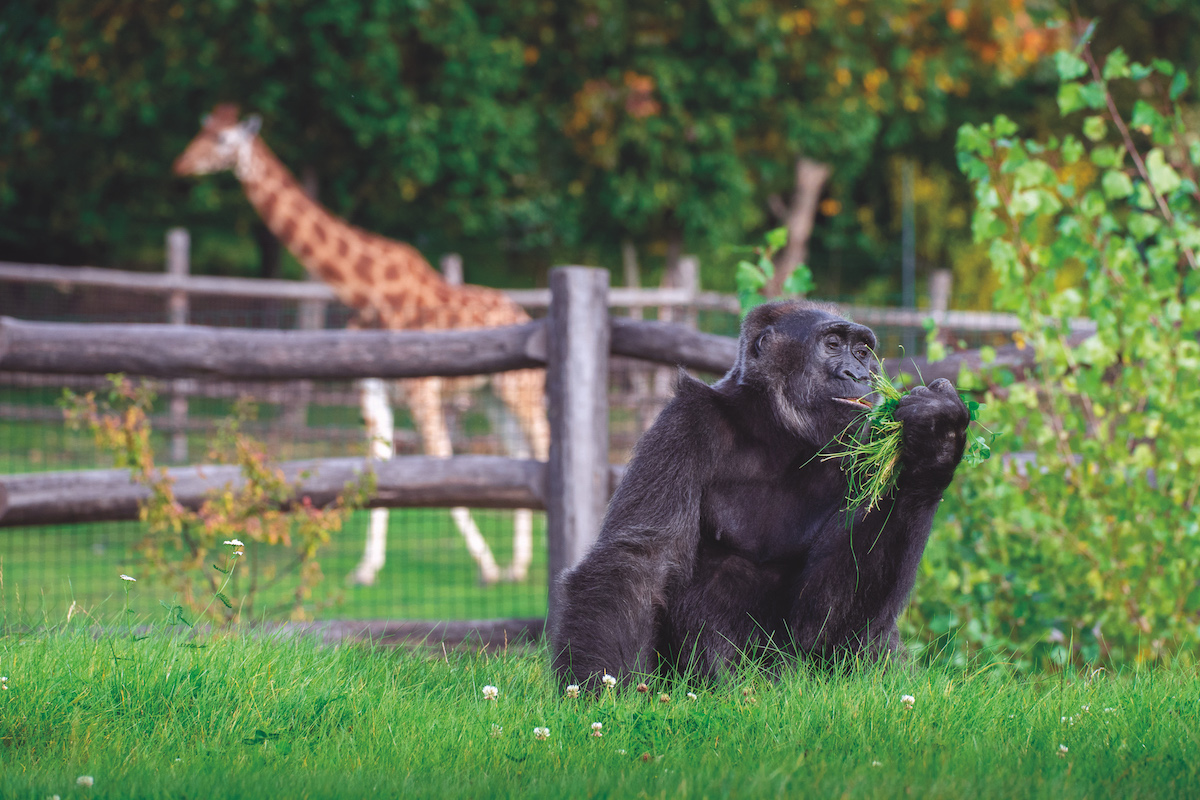 A walk through the Dja Reserve

Even before entering the Dja Reserve, visitors already find themselves on red African soil, and children can participate in our programs on the Wandering Bus. It is an authentic vehicle that transported hundreds of schoolchildren between the Dja forests and the Cameroonian capital city of Yaoundé. When it reached the end of its life, we had it moved to Prague.

The entrance part of the pavilion interior is designed to evoke a journey along the unpaved roads of the Cameroonian countryside to a village on the edge of the forest. This is represented by a school classroom, which, by the way, is equipped with authentic desks. In this stylized village, there is also the first exhibition with animals. Visitors are introduced to Gambian pouched rats and fruit bats. Behind the village, a tropical rain forest begins, first the secondary one – i.e., grown after the original vegetation was cut down – and behind it the primary one, almost untouched by man. We did our absolute best to create its believable illusion. The modelled trunks are complemented by a number of live plants, and sprinkling with water ensures the appropriate humidity. The surround sound mixed from authentic recordings made in the Cameroonian forest then further strengthens the credibility of this illusion. On the way through this „Trojan“ forest, visitors pass an exhibition of African porcupines and Gabon talapoins and a 3D wall with animal models, after which a view of a „clearing“ opens in front of them, which is now inhabited by the colourful De Brazza monkeys. 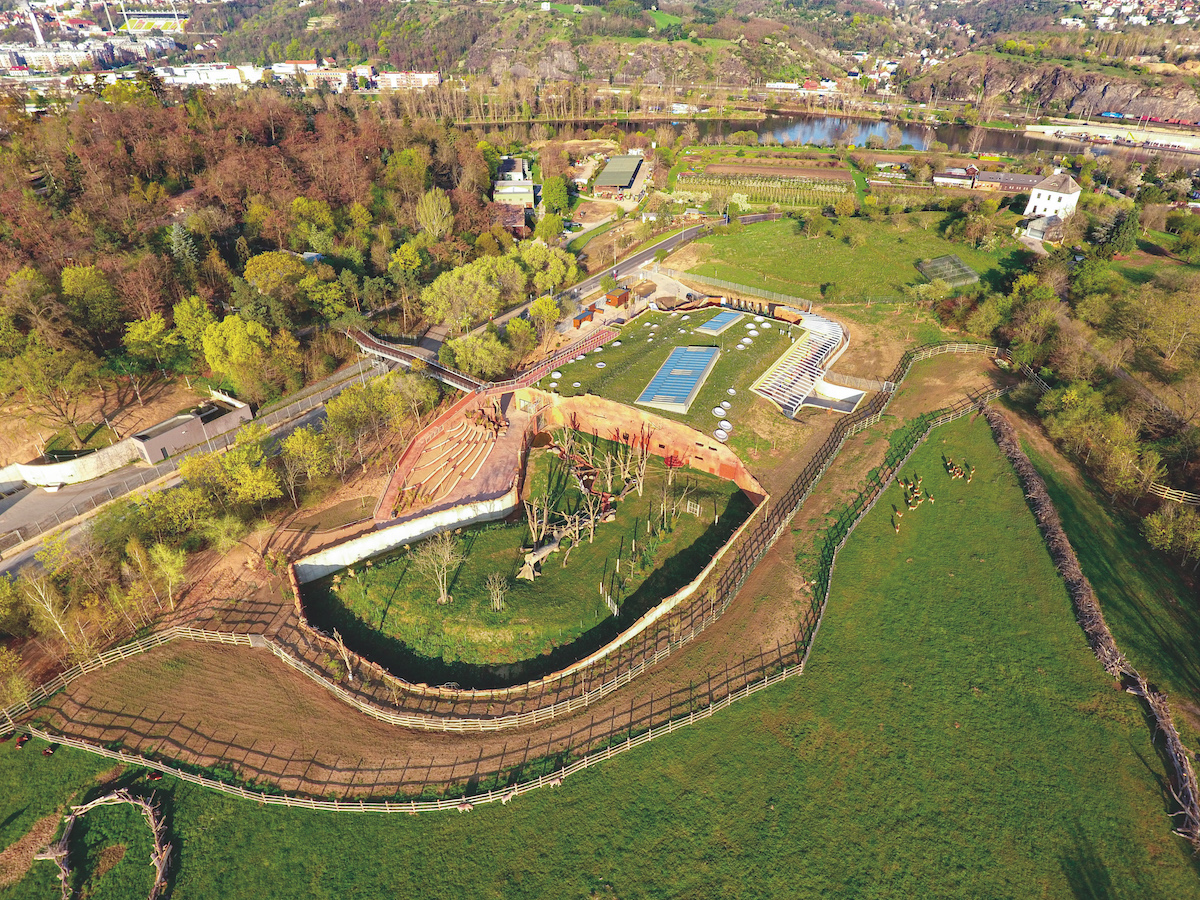 The highlight of the indoor tour is, of course, the extensive exhibition of our family group of gorillas, accompanied by mantled guereza. I don ́t know if there is an indoor exhibition for gorillas with a comparable area anywhere in the world… and I think the visitors ́ area with the auditorium is surprisingly generous too.

This is followed by the exit part of the pavilion with a souvenir shop, complete with authentic artifacts from Central Africa.

Outside, visitors come to the spacious enclosure of the gorilla family group which includes the two new gorillas, Kisumu and Duni. It is dominated by a fallen forest giant and several mature trees. An auditorium and other attractions have been built here as well, especially a view of the Dja Biosphere Reserve ranger station. 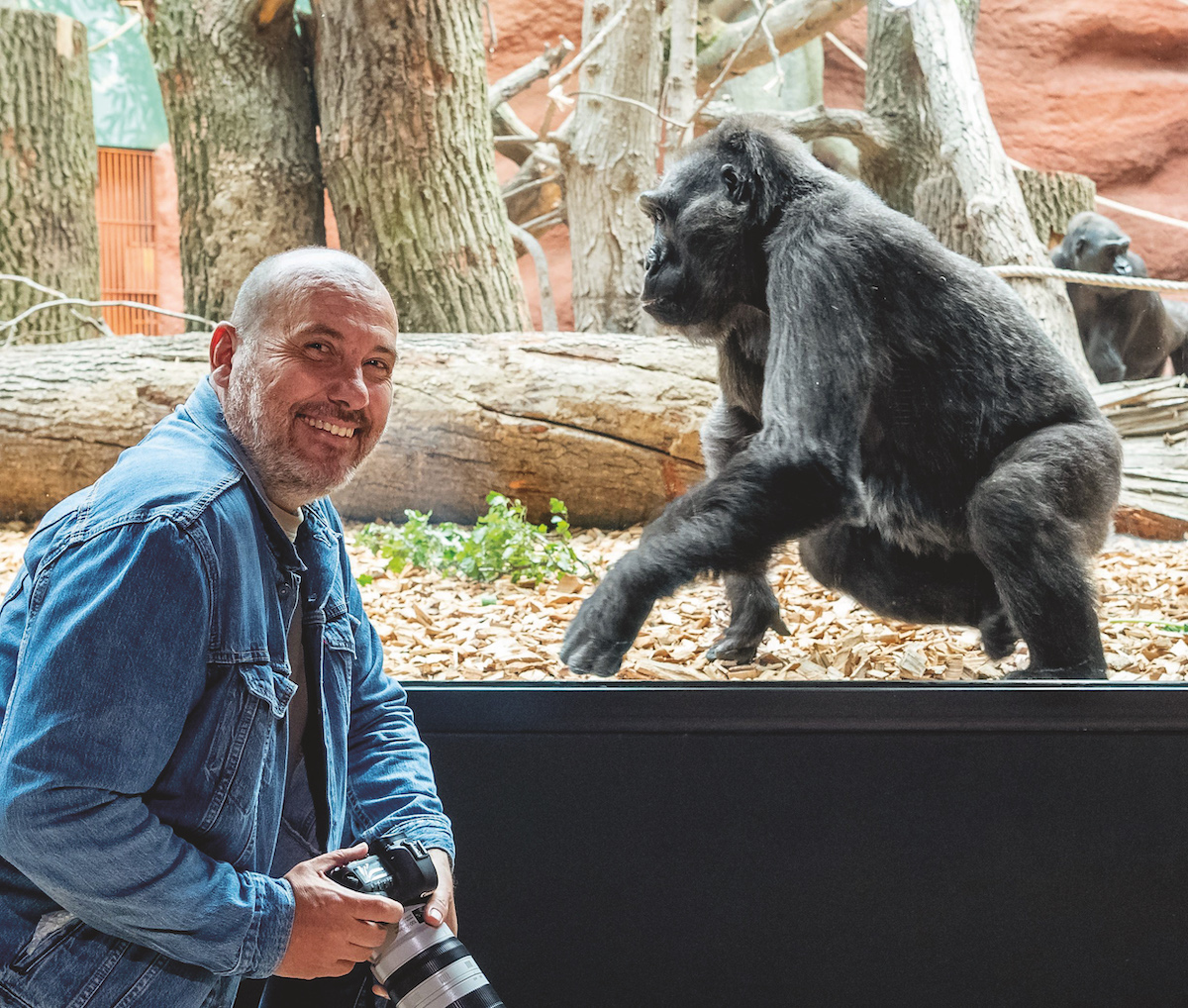 We are waiting for you!

Before it opened, our Dja Reserve was twice visited by the British zoo expert and evaluator Anthony Sheridan. After his second visit he wrote to me:

“I congratulate you on the really magnificent Gorilla exhibit which is the best I have seen in its truly immersive experience for visitors; its link with the Dja Reserve in Cameroon is very well presented and is a real contribution to educating your visitors about the need for in-situ conservation measures there. Amongst several notable features in the indoor exhibit are the special multi-layer glass windows enabling the Gorillas to escape the sounds of visitors whilst the visitors still being able to hear the Gorillas! The sounds of the forest are another great feature. I believe this milestone exhibit will be of great interest and help to other Zoos wishing to invest in new and improved developments for Gorillas and other primates.”

Let’s hope so… Of course, we are anxious to hear what you, the visitors, have to say about the Dja Reserve. I hope you like it at least half as much as Anthony did.