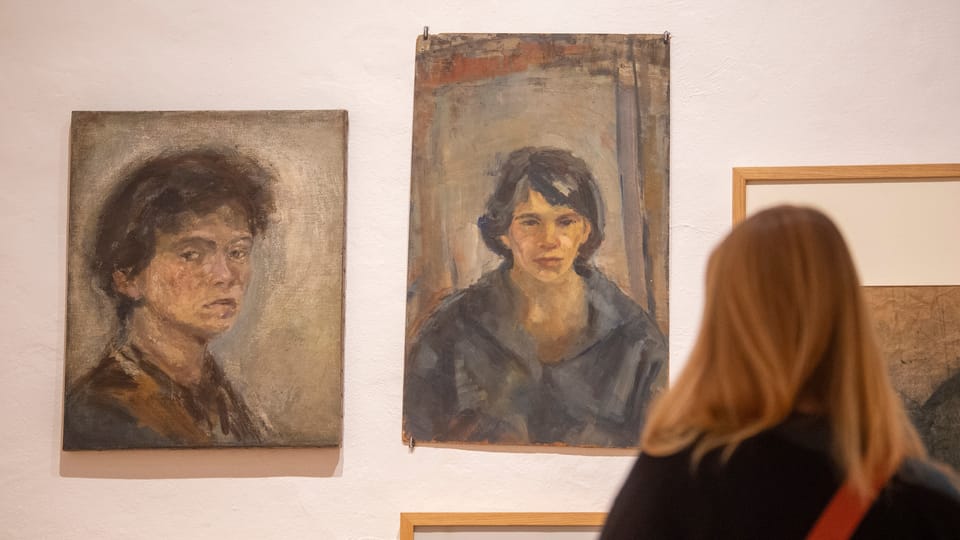 An exhibition presenting the life’s work of the twin sisters Jitka and Květa Válová got underway in Gallery of the Central Bohemian Region in Kutná Hora earlier this month. Entitled A Path Destined by Faith, it presents numerous works on loan from other galleries, as well as works from both sisters’ estates that were donated to the gallery’s collection in 2021, marking the centenary of the sisters’ birth.

I discussed the exhibition with its curator, Richard Drury, and I first asked him to tell me more about the sisters, considered one of the most distinctive artists of their generation:

“I would begin with the important fact that the Válová sisters were identical twins. They were born in 1922 and they lived through a very difficult period of the 20th century in what was then Czechoslovakia.

“They studied painting at the Prague Academy of Arts, Architecture and Design under Professor Emil Filla, who was a very important figure of Czech avant-garde painting.

“The Válová sisters lived together in Kladno, and the industrial atmosphere of a mining and steel-making environment really influenced not only the themes in their work but also their mentality, the way they saw the world.