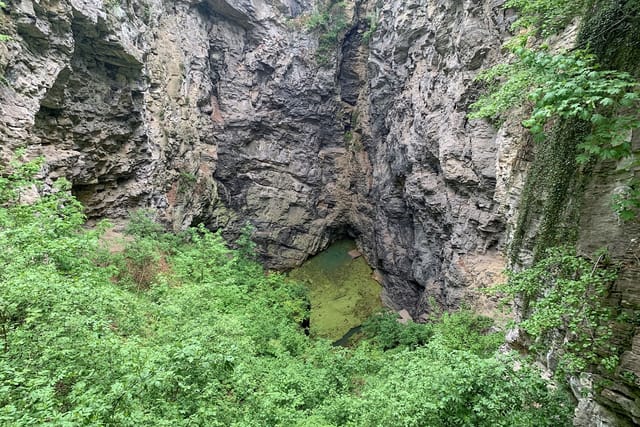 The world’s deepest freshwater cave, the Hranice Abyss in Moravia, is even deeper than previously thought. A team of researchers have recently carried out a new survey of the deep limestone cave, using a special underwater robot, reaching a depth of 450 meters. The previous record, measured in 2016, was 404 meters. However, experts say they are still far from reaching the bottom of the pit.

To measure the depth of the Hranice Abyss, speleologists used a special, remotely operated underwater robot, dubbed the Death Star, equipped with six cameras and sonar beams. The robot was attached to ropes and was gradually submerged into the deep, limestone cave, flooded with cold and muddy water.

It stopped at a depth of 450 meters, which is the maximum it can reach due its technical limitations, but it still hasn’t hit the bottom of the abyss.