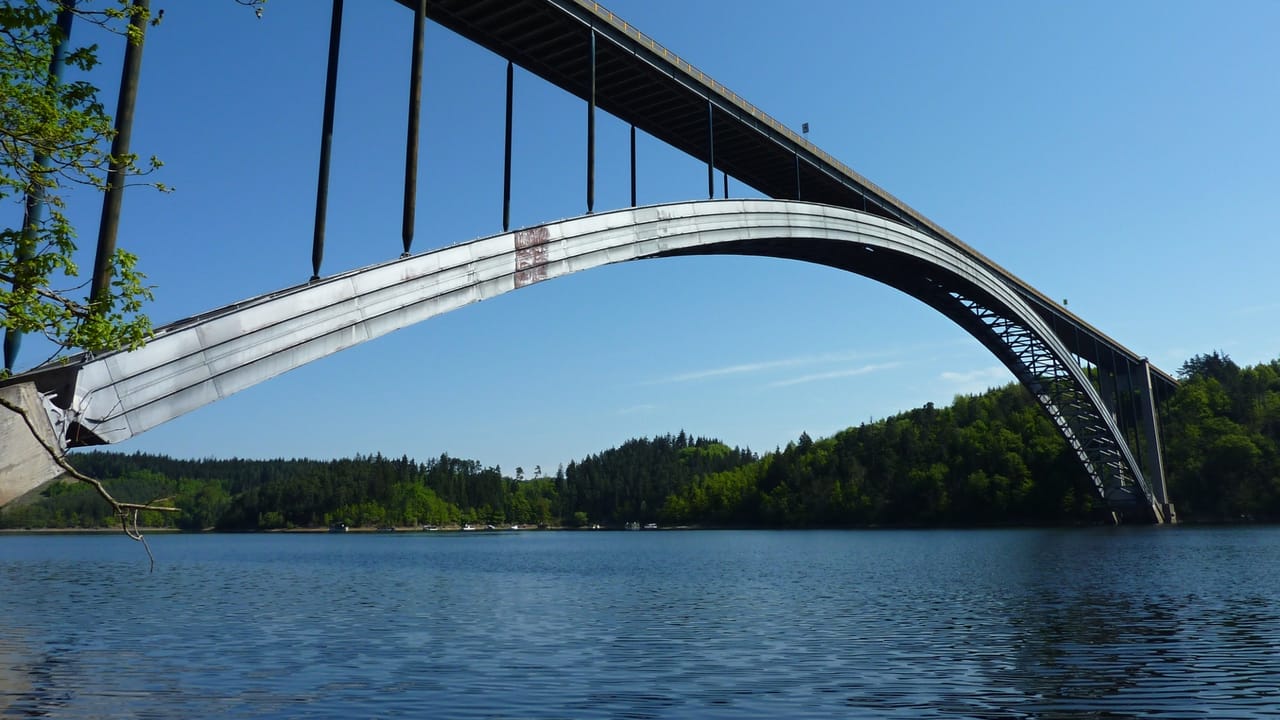 The Žďák Bridge, which spans the banks of the Vltava River, was completed in 1967. At the time it was the largest single-arch steel bridge in the world.

The Žďák Bridge spans the banks of the Vltava near Staré Sedlo on the left bank and Kostelec nad Vltavou on the right. It got its name from the settlement flooded during the filling of the Orlická dam reservoir and its construction began in in 1957. It was completed in 1967.