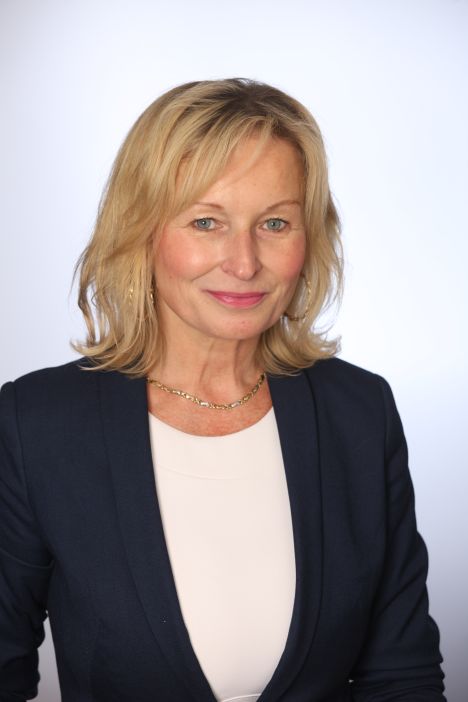 The World Economic Forum estimates gender parity globally may now be over 170 years away. Previously they estimated an 80-year time, then 120 years. It keeps slowing down and the Forum’s Annual Gender Gap Report shows little progress in many countries worldwide.

There are numerous obstacles that can lengthen the time required for desired systemic change, one of them, still alive and kicking, is subconscious bias.

The Serena Williams’ dispute with umpire earlier this year and the criticism which followed reminded me of a case study about Heidi/Howard carried out by the Harvard Business School some years ago. Two groups of students were presented with the identical story about a real-life entrepreneur, but one had a Heidi name in it and the other’s main protagonist was called Howard. This test clearly demonstrates we evaluate people based on stereotypes and a negative correlation between women and power/success. Both sets of students thought Heidi and Howard were equally competent; Howard, however, was seen as a more likeable colleague while Heidi was perceived as selfish and not ‘the type of person you would want to hire or work for’. This story remains relevant nowadays. When a woman is powerful, assertive, fierce and competitive, she is deviating from her expected behaviour, so people dislike her. When a man is like that, he is hailed strong, competitive and decisive.

I believe when people feel injustice is done in the workplace, or elsewhere, the only solution is to speak up. Serena Williams should have probably chosen a better moment if she wanted to fight for equality but the reaction of some media that dubbed her reaction ‘tantrum’ or ‘hysteria’ perpetuates sexist attitudes. Billie Jean King, a former Wimbledon winner, succinctly summarised such behaviour in her tweet: When a woman is emotional, she’s ’hysterical’ and she’s penalised for it. When a man does the same, he’s ‘outspoken’ and there are no repercussions.

It is important to remind ourselves that the word hysteria comes from the Greek root hystera, meaning ‘uterus.’ Originally, it was believed that hysteria and hysterical symptoms were caused by a defect in the womb, and thus, only women could become hysterical. So, one may ask a question: how can we fight gender bias when such word is in use?

There is indeed a great deal of subconscious gender bias with regard to how society views strong, authoritative women. Often, women are punished by our society for speaking with confidence. And they seem to be perceived far more negatively than men for communicating in the same forceful way and manner as men do.

Drawing on my own experience, not so long ago, and this did not happen at work, I was told that I am too demanding and aggressive, so I will never make it in the country where I just arrived and the life of which I was desperately trying to learn and understand. The opposite was true. I was only defending my rights as a customer dealing with a bureaucracy-heavy, inflexible German service organisation that puts a process before a customer. I could imagine if a man behaved like this and succeeded, which I did, he would have been applauded for standing up, persevering, and getting what he truly deserved.

In the area of women in leadership, we find similar attitudes. Kathryn Stanley, PhD (Co-founder of Navigated Breakthrough Analytics Group and Professor of Organizational and Leadership studies) says: “The fundamental attribution error is that when women lead with a confident direct style, they are self-serving. Equally, when men lead in this same manner they are well-intended strong leaders.”

There are a lot of studies which demonstrate subconscious gender bias related to female leadership: one interesting psychological research has been recently mentioned in Forbes (May 2018).

The research was conducted by Madeline Heilman, Professor of Psychology at NYU, who has been researching sex bias topic at work for her entire career. She confirms that gender bias has not shifted a lot even with the huge strides women have made in the workplace.

Professor Heilman describes two important aspects of gender stereotyping in the workplace – one called descriptive bias, the other prescriptive bias. Descriptive bias is a result of culturally shared beliefs about women and men and how they differ: women are thought to be people-people, who take an interest in other people and relationships, and are kind. Men are thought to have the so-called ‘agentic’ qualities such as taking charge, getting things done, confronting conflict, and not letting emotions get in the way. This is not true for all, of course but the perception is that women cannot do agentic roles. Women are not considered to be good at them, and if they happen to be put into these roles, people tend to undervalue them.

When it comes to prescriptive bias, women’s behaviour is perceived differently than men’s. If, for example, a woman in a role such as sales or finance asks questions about the business pipeline, her colleagues may describe her as ‘worrying’ or being ‘emotional’ whereas they would describe a man behaving exactly the same way as ‘prudent” or ‘proactive’.

On the other hand, the study’s learning may make you wonder what our gender biases are towards men in a traditionally female work environment, and this is something to take into account as well.

Subconscious bias is omnipresent, slowing progress of gender parity down. So, let’s talk about it as understanding it including its pervasiveness and impact on perceptions and interactions, is critical for achieving the change which is long overdue.

Tereza Urbánková is a PR, communications and marketing professional with 20 years’ experience and proven success in delivering award-winning communications programmes for multinational companies operating in industries such as hospitality, retail, IT, defence, broadcast, logistics, pharma and engineering. After having lived and worked in the UK for 11 years, she now works in Germany for Boehringer Ingelheim, a global pharmaceutical company as Head of Global External Communication, Animal Health. Tereza is a member of the Executive Committee of the Czech British Chamber of Commerce in London. She can be reached through her LinkedIn profile.