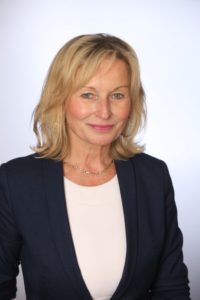 Public relations (PR) has been around longer than most people realise; however, there’s never been such an exciting and challenging time to work in PR as we shift to direct engagement with the public thanks to the internet and social media.

Let’s look at the history first. When it comes to communications to the public, which essentially PR is, one of its first forms was represented by cave drawings from around 3700 – 17000 BC. Later, there were some magnificent leaders such as Julius Caesar who implemented and used persuasive PR techniques to drum up support for war. However, PR allegedly became a profession in 1903 as Ivy Lee undertook to advise John D. Rockefeller on how to conduct his PR. In world wars, PR played a major part in helping promote political propaganda, a form of public relations which can be defined as often misleading, but persuasive, information used to sway public perception to a certain point of view. We now call it fake news and instead of looking at propagandist war posters, we read messages with similar ethos online.

With the invention of the WWW in 1989, followed by the first social media tools, such as LinkedIn (2003), Facebook (2004), YouTube (2005) and Twitter (2006), the PR landscape has changed for ever. Despite the fact that we’re still churning out press releases and managing traditional media as in the past, PR practice has broadened and incorporated new types of media including influencer relations, social media and community engagement. With the increase in public conversations, understanding audiences and targeted communication play a critical role as that can inform how we position our messaging. The best strategy nowadays is an integrated approach, making sure that the correct message gets through to the right audiences via the right channels and has impact in terms of informing, educating and influencing behaviours. However, it isn’t the end of evolution. Automation and artificial intelligence are now knocking on our door and will be next to impact the profession.

Empowerment of audiences has become the new norm and PR needs to recognise that. One of the roles of PR is to listen to stakeholders and engage in conversations like never before. Shouting and broadcasting one way don’t work anymore. This marks the shift from asymmetrical to symmetrical communication that James Grunig recognises in his Excellence Theory. He suggests that excellence in communication is achieved when the relationship between an organisation and a stakeholder is symmetrical, meaning that both organisation and stakeholder have equal voice. This theory applies to both internal and external communication.

The extensive use of social media has drastically shifted the way people consume information, trust information, communicate and share information and PR professionals had to adapt to this new reality as these tools won’t go away. Q3 2017 Facebook data claims that 1.36 billion active users visited the social network on a daily basis. In 2020, experts estimate 2.95 billion people to access social networks regularly. Twitter isn’t far behind: “As of the third quarter of 2017, the microblogging service averaged at 330 million monthly active users.” (Statista)

Technology, the speed of communication, and a declining print media industry has swept in a revolution. Journalists have thousands or millions of followers directly engaging with their posts instead of passively waiting for articles. Just like the line between external and internal communications, also the line between a journalist, blogger, and social media user is increasingly blurring.

And therefore, if modern PR practitioners want to convey their story successfully, they now need to look across the entire social media landscape and select the most suitable channels. The days of a few of traditional publishers driving communications alone are gone. The number of people publishing content, joining conversations and sharing their views has grown exponentially. Today, any difference between the expectation that the public has of organisations, and the reality, can turn into a conversation on social media which will be amplified by mainstream media.

These changes impacted the way PR practitioners manage communication in general but also crisis communication as social media can easily ignite or magnify any crisis. We use social intelligence which provides a way to measure the success of our PR strategy, and that is very positive. However, using social intelligence also means we can be proactive, discover the stories before they spread and put our crisis management plan into action. Nowadays speed matters. Acting quickly can make all the difference in influencing opinions, and stopping the story at the source. Sometimes a negative story will rumble on quietly for years before something, or someone, spreads it further and louder than before.

The current PR landscape, and how we manage communication within it, has also impacted a skill set of a PR practitioner. In addition to having some good traditional writing and communications skills, a modern PR professional needs to be flexible, creative, technology savvy, resilient, versatile and fast while still delivering superb quality outputs. Last but not least, being able to lead and manage change has become an integral part of our daily job.

These are indeed very exciting times for us, PR and communications professionals, who manage internal and / or external communications. In addition, it is truly rewarding that we can, now more than ever, make a positive difference and measurable impact on an organisation’s success through our work.

Tereza Urbánková is a PR, communications and marketing professional with over 18 years’ experience and proven success in delivering award-winning communications programmes for multinational companies operating in industries such as hospitality, retail, IT, defence, broadcast, logistics and engineering. She currently lives and works in London, UK. Tereza is a member of the Executive Committee of the Czech British Chamber of Commerce in the UK and a member of the Chartered Institute of Public Relations. She speaks Czech, English, Spanish and Russian and can be reached through her LinkedIn profile.